Senator Penny Wong announced the party's commitment to the new role if Labor is elected. 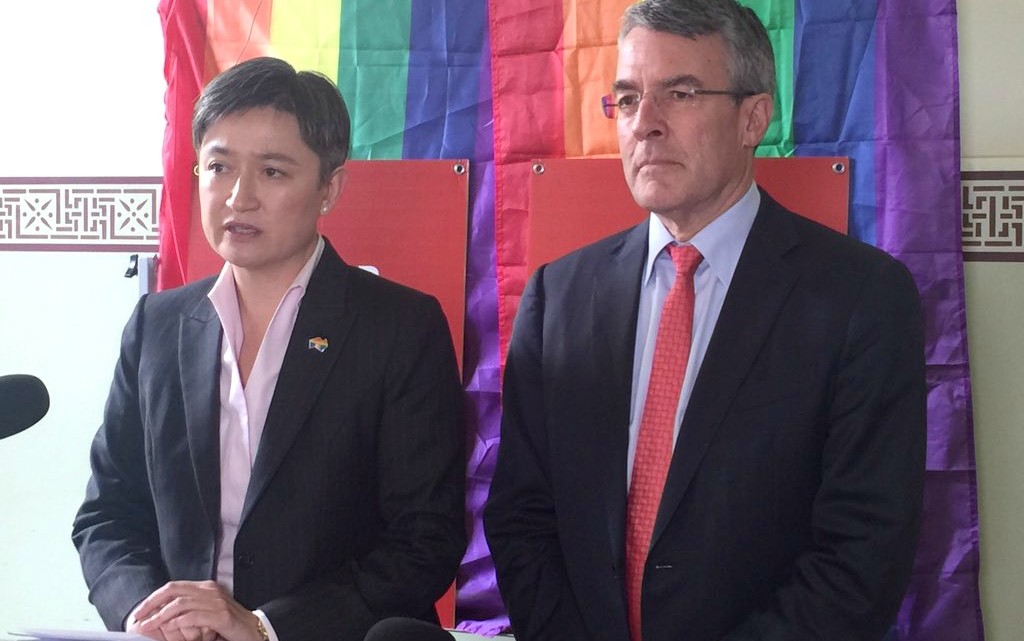 THE Labor Government has committed to appointing a full-time LGBTI discrimination commissioner to the Australian Human Rights Commission if elected at the upcoming federal election.

The announcement was made by Senator Penny Wong at Rainbow Labor’s campaign launch in Melbourne.

Speaking to the Star Observer, Wong said a full-time commissioner on a federal level would help to bring about cultural change in Australia.

“We all know that legal change is important as we’ve all fought over many decades for changes to our laws, but we also need to change culture and the government needs to provide leadership.

“A federal Labor government can deliver that kind of cultural change to build on legal changes we made in the last term to give greater legal protections under federal law for LGBTI Australians.”

Despite Labor’s commitment to introduce a marriage equality bill if elected within the first 100 days of its term, Wong acknowledged that there are other important issues to address as well.

“That’s certainly an area we can have improvement in… the Victorian government has made great strides here but there’s still work to be done elsewhere, like in my hometown of South Australia.”

Shadow Attorney-General Mark Dreyfus, who also spoke at the announcement, said a national commitment would expand on the strides that have already been undertaken by Allen.

“It’s similar matter to those Rowena has been able to work on here in Victoria since her appointment,” he said.

“We know from experience that having a full-time commissioner working on particular issues does assist in drawing attention to particular forms of discrimination experienced by LGBTI Australians.”

In the Australian Human Rights Commission’s Sexual Orientation, Gender Identity, and Intersex Rights report last year it noted that the rates of suicide for LGBT people are 3.5 to 14 times higher than the general population.

When prompted about Safe Schools, Wong said the Labor government initially funded the program not as a political statement, but to keep children safe.

.@SenatorWong thanks @DanielAndrewsMP for standing up for LGBTI kids in the "ugly" Safe Schools debate. pic.twitter.com/5Pg12zydkc

“We did it to address the tragic statistics of self-harm and depression amongst the LGBTI community,” she said.

“You would anticipate given our strong statements on this that Labor will continue to be very supportive of a program which counters bullying and tries to ensure that all schools are safe.

“But this is a long election campaign and I have no doubt we’ll have more to say about this issue down the road.”