Some of Australia's best LGBTI artists will be on show. 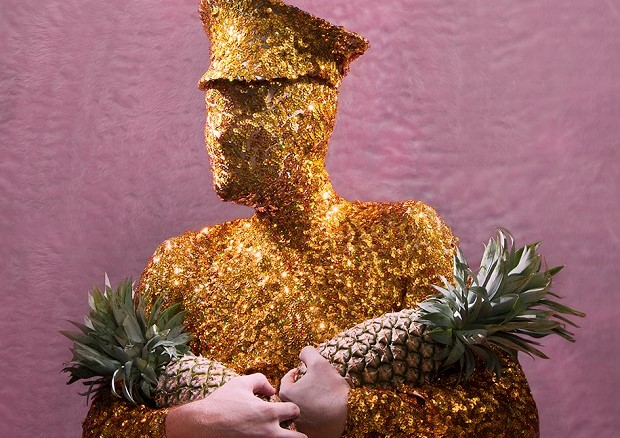 A special month-long celebration of the power, beauty and diversity of the LGBTI community through art is coming to Sydney.

Coinciding with the 40th anniversary of the first Mardi Gras protest, We, the People who Live for the Beautiful is part of the Bondi Memorial Project, a public artwork being developed by ACON in partnership with Waverley Council.

Advertisement
The artwork recognises the history of anti-LGBTI violence in Bondi.

These artists explore themes including love, identity, belonging and pride.

A centrepiece of the exhibition is a work inspired by a traditional Indian wedding altar from which performance artist Shahmen Suku (through his alter ego Ragha La Bia) will perform the Wedding Banquet on opening night.

The project also includes historic walking tours with author Greg Callaghan, and a screening of the brave documentary Deep Water followed by a Q&A with its creators facilitated by Benjamin Law.

There will be a screening of influential queer performance artist Leigh Bowery’s London Serpentine performance from 1989 followed by a panel of leading queer artists and theorists, and workshops for young people in beading, collage and jewellery-making.

Waverley Mayor John Wakefield said the council was proud to back the art program.

“Waverley flew the rainbow flag during the recent marriage equality debate and is working with ACON on the creation of the public memorial,” Wakefield said.

“It is a fitting time to reflect on the achievements of forty years of Mardi Gras while we remember the significant losses and discrimination experienced by the LGBTI community.”

The art project has been developed in collaboration with ACON, Blackfella Films and the Sydney Gay and Lesbian Mardi Gras.

We, the People who Live for the Beautiful will run from June 20 to July 15 at Bondi Pavilion Gallery, Queen Elizabeth Drive, Bondi Beach. Admission is free.