A community donation from Brisbane's leather and fetish group BootCo has made sure the south east Queensland-based LGBTI Seniors Visitor Service can continue providing support and care over the Christmas period. 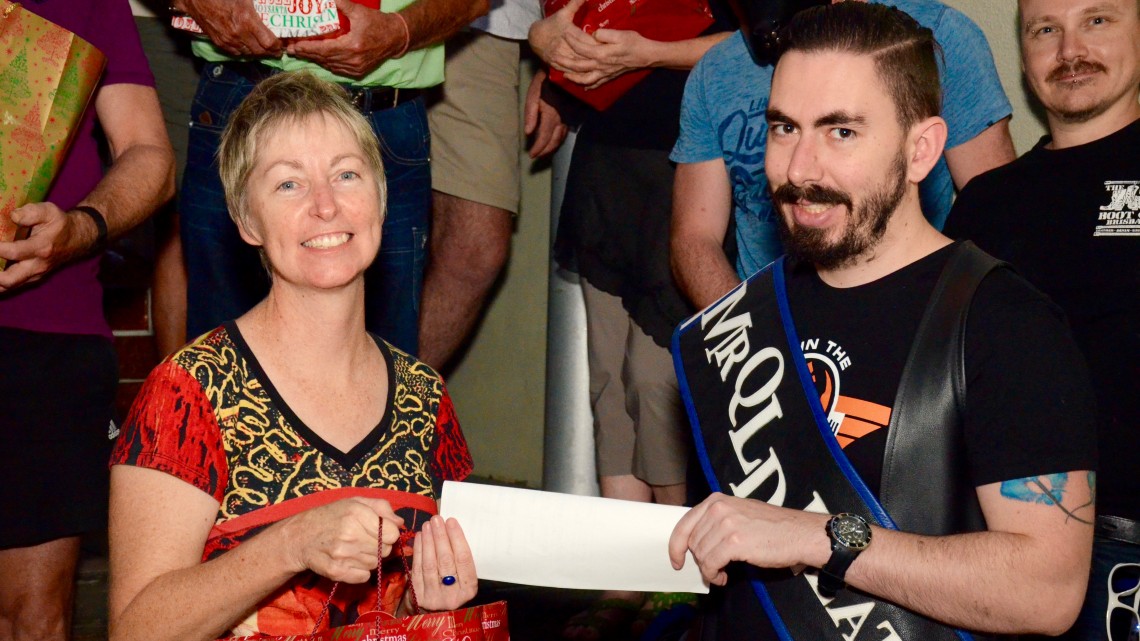 REACHING out to LGBTI seniors over the Christmas holiday period might not dawn on many minds, but it’s a critical service provided by some groups to make sure those among us don’t miss out of the spirit of the season.

Whether it be through isolation due to illness, an impairment or historical ostracisation from their families, LGBTI seniors who often finding themselves not generally included in the wider LGBTI community can find themselves facing even isolation during Christmas.

Advertisement
For the Queensland AIDS Council’s (QuAC) LGBTI Seniors Community Visitor Service — a program that matches trained LGBTI volunteers with senior clients — and its project officer Ann Matson, a $1000 donation this week courtesy of Brisbane’s leather and fetish men’s group Bootco has meant that the service’s Christmas hamper program will continue for another year.

“Given that it’s around this time of year, for our visitors who go see our clients in the lead up to Christmas, it’s really vital to fund this and keep the service going as it gives us an opportunity to offer company, support and care for older members of our community and remind them they’re still a part of it,” Matson told the Star Observer.

“A hamper that comes not only from the visitors but QuAC just helps to reenforce that sentiment and sense of belonging and community. It’s a really valuable and meaningful win win for the community looking after the community.”

The Visitor Service offered from the Sunshine Coast down to the Gold Coast and encompassing Brisbane and its suburbs is a federally-funded QuAC initiative aimed at providing care and connection with others from the LGBTI community.

“It’s hugely vital that we keep older LGBTI community members in our minds and involved in the community,” Matson said.

“The seniors that our service reaches out to came from an era where they couldn’t be who they really were, they had to be hidden and that in turn impacted on their ability to ask for services later in life when they needed them.

“Elderly care is much of an LGBTI right as any other community’s so to have our clients and other older LGBTI community members around the country be reminded of that and that they’re valued and included, it just mean the absolute world to them.

“Whereas many older members of the community no longer have the burden of having to hide themselves and their private lives away, they are still faced with the problems that can isolate anyone in an advanced age. So it’s really vital we go that extra distance to include them.” This year has been a year of “consolidation” for the Visitors Service according to Matson, where growth is limited not just by funds but eligibility criteria for clients to fulfil. Matson hopes there will be room to move with criteria in the future.

“While the word is out there and we certainly have more clients, there are eligibility issues that people have to go through that can determine whether they can access the programs out there,” Matson said.

“There are certainly a few that fall outside of the criteria that do need access so we hope in time to come that there’ll be an ability to expand out.”

Over the past few years a spotlight has shone on the overlooked issue of LGBTI-inclusive aged care service providers and facilities. however, progress is being made.

“There is work that still needs to be done by other aged care services providers to do with LGBTI awareness and inclusion but that’s been coming so far over the past year or two, it’s really nice to see,” Matson said.

“The training that has been provided through services such as ours and also Val’s Cafe, it’s crucial as it’s the primary way that mainstream aged care service providers get that LGBTI specific training in inclusion and awareness.

“Things like Val’s Cafe is a great vehicle by which those providers can help to fly their flags and let LGBTI seniors know that they are a service that will be inclusive of them. The stronger it gets along with other LGBTI seniors programs, the more care that can extended to those who have faced historic isolation and discrimination… and that’s just better for everyone isn’t it?” 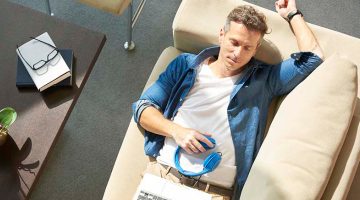