A member of the public submitted a complaint about the slogan "You’re not a woman until humans come out of your vagina and trample on your dreams". 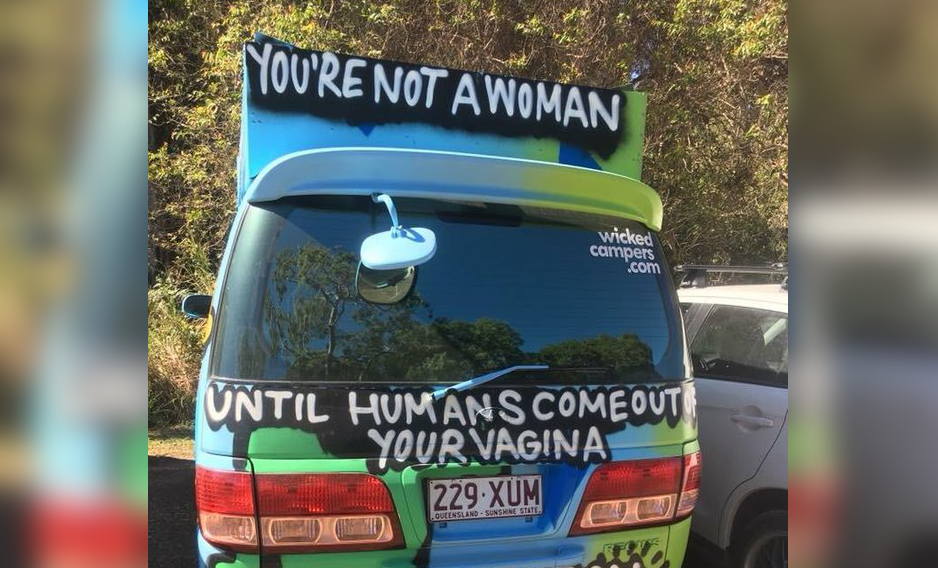 Controversial van rental company Wicked Campers has had one of its vehicles banned by Ad Standards Australia for a transphobic and sexist message.

A member of the public submitted a complaint about the slogan “You’re not a woman until humans come out of your vagina and trample on your dreams”, Mumbrella reported.

Advertisement
The complainant called the slogan “offensive, degrading and just not right”.

The watchdog said that the ad is discriminatory as it implies that women are only legitimate if they have experienced vaginal childbirth.

The board called it “humiliating to women, including those that have had a caesarean delivery, do not have children, are unable to have children, or are transgender”.

Wicked Campers has previously come under fire for slogans like “gay guys settle disputes by going outside and exchanging blows”, which was banned for being homophobic in 2015, as well as the very racist, “Save a whale, harpoon a Jap.”

In 2017, the Queensland government moved to allow for the deregistration of vehicles which did not remove text and images which failed to comply with the Advertisers Code of Ethics within 14 days of being notified.

None of the vehicles were deregistered in the six months following the legislation’s enactment.

Other states included Tasmania and South Australia have also either legislated or proposed a similar ban on the company’s slogans.

Next post 'Travel with pride': your travel guide for pride season 2019