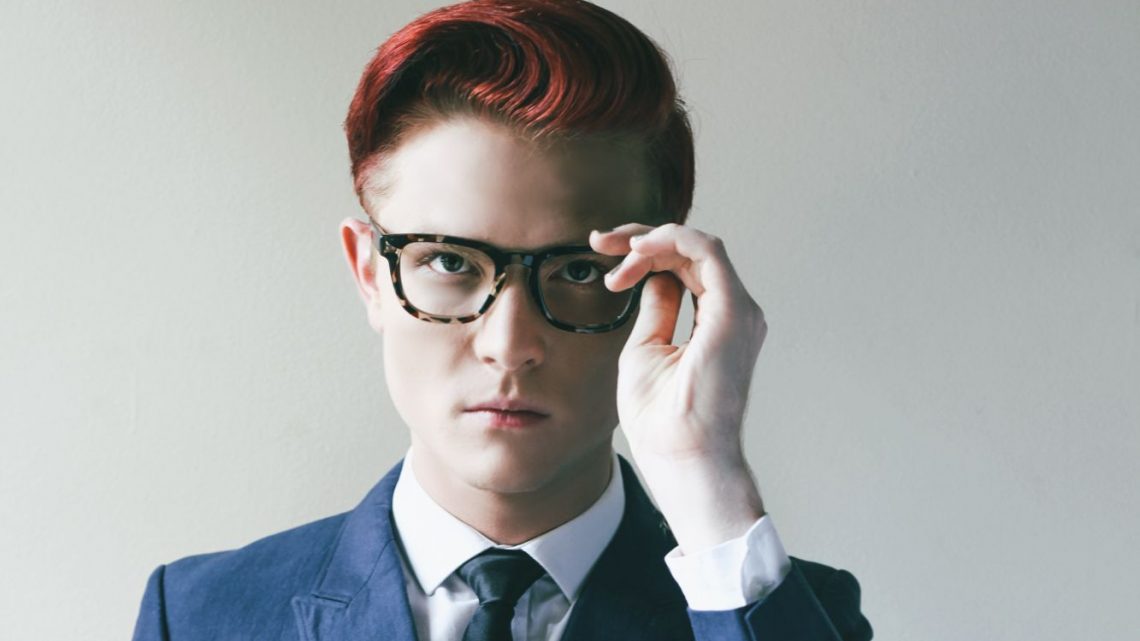 Comedian Rhys Nicholson has spoken out about homophobia and LGBTI rights throughout his career, but he doesn’t want to be a spokesperson. Matthew Wade had a chat with him about the postal survey and his young queer fans.

There’s an easy joke often used by gay comedians as a fallback if their audience is stale or unappeasable.

The comic will ask a straight couple in the crowd how long they’ve been together, they answer, and the comic responds by saying “that’s like 80 in gay years”.

Advertisement
The joke may sound trite, though it was one Rhys Nicholson would use earlier in his career when his delivery was more “angry and aggressive”.

During those early days he says he was often running on an empty tank, trying to emulate Sarah Silverman before she became woke and feeling unhappy about his crass material.

“Back then I didn’t know which buttons to push so I was just a heinous person.

“It took me four years to realise you don’t have to say ‘cunt’ all the time.”

These days, Nicholson is far happier with his brand of comedy. He’s performed around the world, starred on television, and advocated for LGBTI rights including marriage equality last year.

He still talks frankly on stage about sex and sexuality, but draws from more personal experiences in an effort to be more realistic for his gay and straight fans alike.

He says he hopes he can provide a sense of relatability for his younger queer fans in particular, who may be coming to terms with their sexuality.

“Most comedians have some level of ‘otherness’ about them,” he says.

“And that’s important to me as someone who is a part of a minority group, because when you’re watching a comedian talk about things you’re going through, there’s this kindred feeling that can make a major difference – okay, that sounds gay, but comedy can definitely help.

“I was lucky because my parents and the people around me have always been totally fine about me being gay, but not everyone has that experience.

“I think a lot of younger kids come to my shows and tell their parents they have to for drama class, just as an excuse to watch something gay.”

He adds that while he may be vocal about issues affecting LGBTI people in Australia, he doesn’t see himself as a spokesperson.

Nicholson recently took to Facebook after receiving homophobic threats of violence on a Melbourne train, in a post that has since gone viral. He used the story to highlight the damaging effects of Prime Minister Malcolm Turnbull’s postal survey on marriage equality.

However, he says he’s usually not an earnest person.

“If you look at the things I said around marriage equality, I tried to ground it all in humour, because I don’t want people to think I’m important,” he says.

“And the train thing was full on, but I’ve now put it in my show so that fuckhead can help pay for my wedding.

“If I was invited to go on Q&A I don’t think I could do it – posting that train story on Facebook felt like a look behind the curtain, and that’s not usually what I do.”

Nicholson will be bringing his new show Seminal to this year’s Melbourne International Comedy Festival. He says it’s mostly an hour of dick jokes, with references to the postal survey and his recent experiences of homophobia thrown in for good measure.

“It’s my queerest show so far, I talk about more personal and vulnerable things, but it’s still funny,” he says.

“I used to always include some jokes that only a third of the audience would get – usually the gays – but with RuPaul’s Drag Race straight people know all about them now, so I can’t make jokes about power bottoms anymore.

“But hopefully people will have an hour to laugh along with me.”

Nicholson hopes his young fans aren’t too disheartened in the wake of the postal survey, however he wants them to know why it came about.

“On some level Turnbull thinks he has gotten away with it, and many don’t understand just how harrowing the postal survey was,” he says.

“If you’re a 15-year-old that hasn’t come out yet because you’re scared, imagine what it would have been like to see months and months of that bullshit, and [Turnbull] did that.

Rhys Nicholson will be performing Seminal at the Melbourne International Comedy Festival from April 6 – 22. For more information and to buy tickets visit: www.comedyfestival.com.au/2018/shows/seminal.

Previous post 'I was afraid to be queer in my twenties': Courtney Act