"It's just a sport. There are different-sized guys and girls and in between, it doesn't matter" 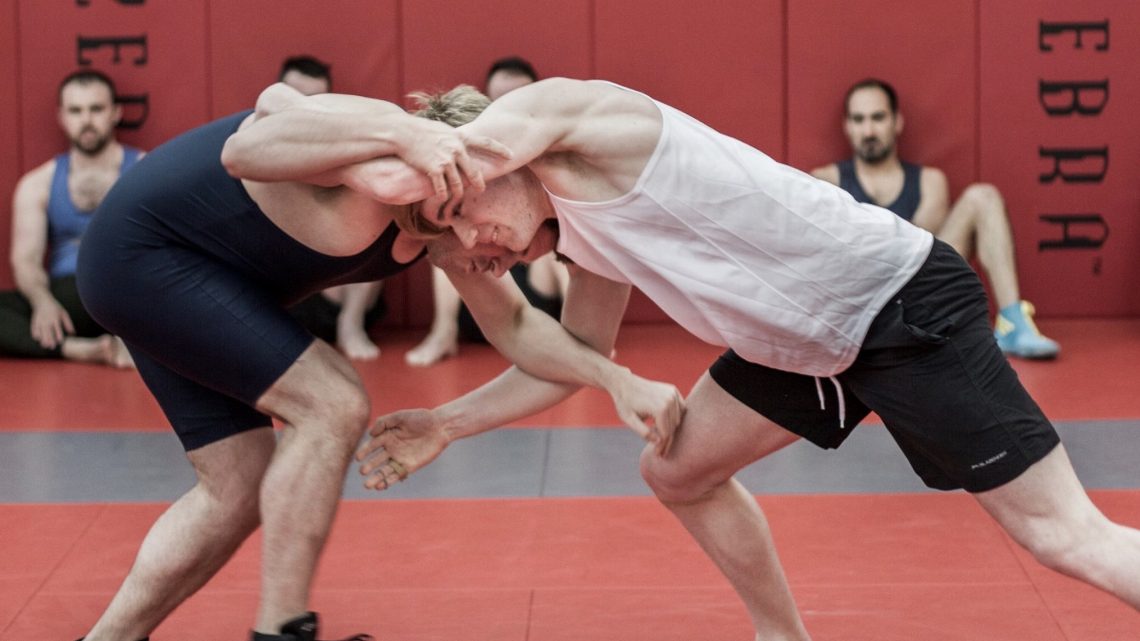 Most people associate wrestling with massive, muscular guys. But one Melbourne club welcomes people of all sizes and genders. The Melbourne Wranglers spoke to Jess Jones about wrestling, masculinity, and what goes on in the changing rooms.

Knowing what’s appropriate body contact in daily life can be fraught. Do you shake hands, or hug hello? Would a wave suffice, or does the situation warrant a kiss on the cheek?

Chris Gooden, Vice President of the Melbourne Wranglers, finds wrestling in an LGBTI club eliminates all of that, at least during training.

“It’s body contact without any motivation except trying to win. It’s nice to break down that physical barrier of touching somebody, because you’re doing it for a competitive purpose. It becomes a very nice way to… manhandle people,” Gooden laughs.

Advertisement
All that manhandling doesn’t mean the sport is all muscles and hypermasculinity though.

“I think the term masculine is a bit overrated,” says Gooden.

“It’s not all big guys. I’m 100kg, and I’m ten years younger than the Sydney club president, and I thought, ‘Hey, I can overpower him.’ But he puts you down in twenty seconds, because he’s smarter. And that’s one of the big hooks, because it’s not just about strength and size.”

The club, which meets in Abbotsford, is gender-inclusive.

“We’re really not bothered about which change room you choose to use, it doesn’t matter. Just come along and wrestle,” says Gooden.

“Unfortunately most of the world is dedicated to boys’ and girls’ toilets, but as long as you flush it, that’s all we care about.”

Gooden had previously played other sports including rugby, but found he didn’t have the time for a team sport anymore. He finds wrestling, as an individual sport, allows more flexibility with his schedule. After trying his hand at wrestling two years ago, he was addicted.

“I was just hooked by the intensity of the sport,” he says.

“Someone who was 30kg lighter than me put me on the ground so quickly, and that was really impressive. I like the challenge of getting someone else to the ground.”

While bouts may only last a couple of minutes, wrestling is a serious workout.

“The intensity of the workout… you are absolutely spent after a thirty-second bout,” says Gooden.

“I didn’t think I was that competitive, but when you’re about to lose you can always find that ten per cent more. That’s what’s motivational.”

Gooden also loves the social side of the club. He found going to the gym an isolated endeavour and wanted more of a group activity for fitness.

“It’s not going clubbing and getting in at 3 in the morning, it’s about just hanging out with some other queers,” he says.

The Wranglers have their eyes set on the Gay Games in Paris next year.

“That’s going to be our goal to work towards,” says Gooden.

“To be able to go to Paris and be competitive, you want to be a worthy competitor. Whether you win or lose, as long as you can do your best, that’s our goal.

“It’s a full-on physical sport, but there’s all levels of experience there. If you’re a non-wrestler, you’re just a wrestler who hasn’t started yet.”

Next post Charli XCX: the LGBTI community were the first to celebrate my music