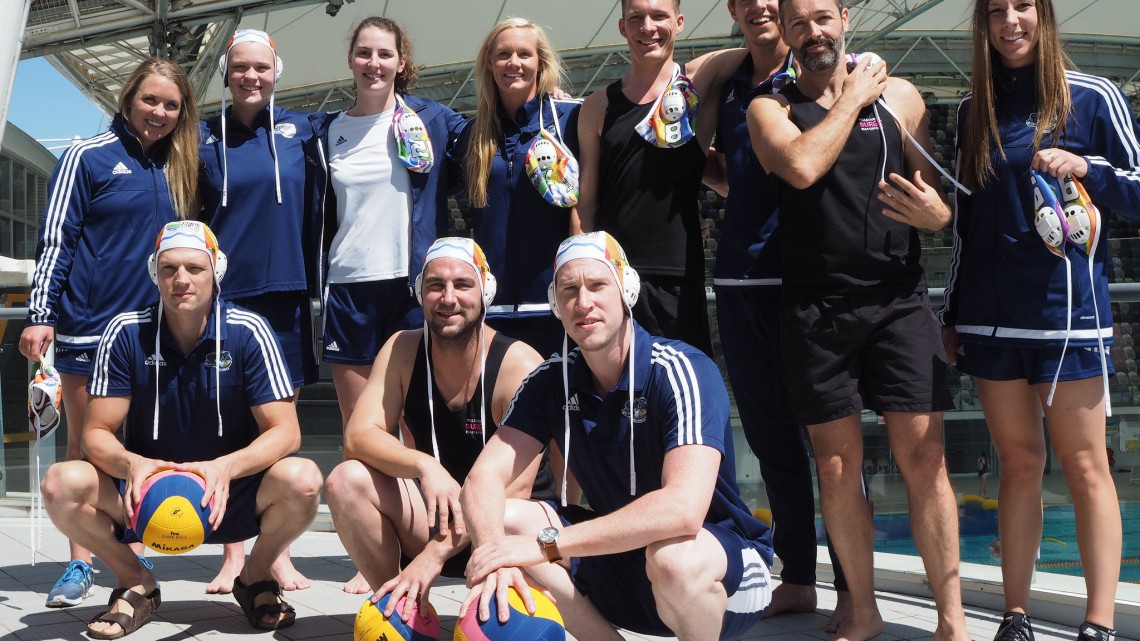 KNOWING that team sports could often be sites for homophobia both on and off the field, Ash McMaster decided that LGBTI water polo team Melbourne Surge was the perfect fit when he joined three years ago.

Despite now being the president of the club, he said he was never a sporty person before joined.

Advertisement
“I always had the pre-conceived idea that there would be homophobia in sports, and so I wanted to be part of a club that negated that,” he told the Star Observer.

As part of Midsumma Festival a National Water Polo League Pride Cup will be held in Melbourne on Friday night, the first national sporting event to celebrate diversity and inclusion in sport.

On the night, the Victorian Seals National League men’s and women’s teams will compete against the KFC Queensland Breakers.

There will also be a grudge match between Australia’s longest-running LGBTI water polo clubs, Melbourne Surge and Sydney Stingers.

McMaster said the Seals approached them, eager to host a Pride Cup.

“It wasn’t motivated by anything and it wasn’t planned by our LGBTI club, it came off their own back,” he said.

“Which is symbolic of a broader community understanding around inclusion and diversity… it’s important that it comes from both sides, and involves all sports.” Victoria’s Gender and Sexuality Commissioner Rowena Allen will act as Patron of the Cup.

“[The event] will put a spotlight on ensuring that diverse gender and sexuality communities can participate in all parts of our community including sport,” Allen said.

The night will also include entertainment, fireworks, and a transformation of the Melbourne Sports and Aquatic Centre outdoor pool in celebration.

Victorian Seals president Steve Blunt said his team has tried to engage with the community since they were set up three years ago.

“We wanted to be more than just a sports club,” he told the Star Observer.

“There is still plenty of discrimination and homophobia in sport, and while a number of sports have made a pledge to promote diversity and inclusion, we thought we’d run this big event to take the dialogue to the next level.

“It’s my hope that out of this some of the big sports will step up and say it’s time for us to do the same.”

The Victorian Seals have also made a commitment to having a dialogue with other Victorian water polo clubs, while Melbourne Surge plan to organise education programs to talk about how teams can be more inclusive.

“My journey as an advocate and ally has taught me that the LGBTI community in itself is a diverse group, and each of those groups have different barriers,” Blunt said.

Alongside Midsumma Festival and beyondblue, the Victorian AIDS Council (VAC) is one of the event’s sponsors.

VAC chief executive Simon Ruth said there were barriers in the sporting community that need to be addressed.

“We know that a lack of inclusivity and homophobia have been issues in the sporting community,” he told the Star Observer.

“Seeing an Olympic sport recognise this and respond on a national level with an initiative like the National Water Polo League Pride Cup is outstanding.”

The 2016 Water Polo League Pride Cup will be held at the Melbourne Sports and Aquatic Centre at 5.30pm on Friday. February 5. Click here for tickets.