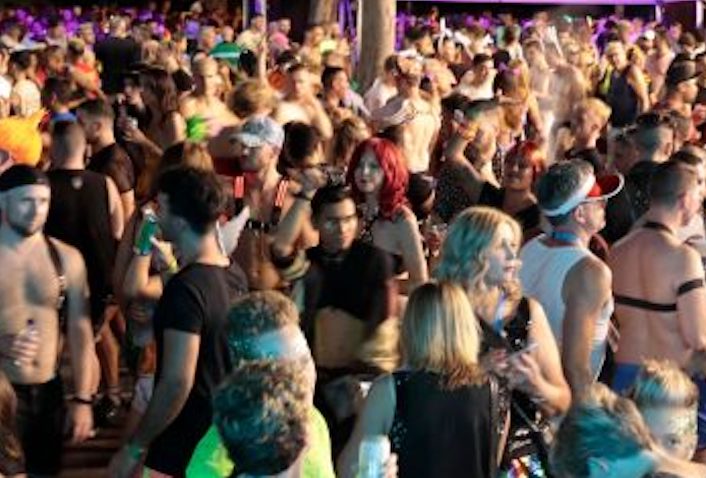 Party-goers are outraged and bitterly disappointed after spending hours on long queues and missing headline acts at this year’s Mardi Gras after-party.

Attendees had spent an average of $200 per ticket – some considerably more – in the hope of seeing at least one of the international top billed acts: Sam Smith, Kesha, and Dua Lipa, but many missed out on seeing any of them.

All the major performances took place inside the Hordern Pavillion, which reached capacity early and effectively stayed that way for the duration of the party. LCD screens had been erected outside the venue to relay the shows, but the sound quality was reportedly very poor.

“I’ve been going to MG parties for more than 30 years. I have never been to one that was so disorganised, disappointing and so obviously oversold,” one attendee, Warren Stanborough, told Star Observer in a Facebook message. He had managed to get inside the Hordern Pavillion and see the midnight show but wanted to go outside afterwards as there was no seating and it was hot.

“Big mistake. As soon as we got outside we could see a queue had formed to get into the Hordern. At that time it was about 300 metres long. But it was too late for us we couldn’t get back in. We had a look around the ground and found that the smaller venue also had a long queue outside,” said Stanborough.

He asked an official outside the Hordern why the queue wasn’t moving at all.

“He turned out to be a venue manager and said the Hordern was full, the event obviously had been oversold and added that he’d never seen anything like it.”

This year, the Royal Hall of Industries (RHI), which has long been a mainstay of the Mardi Gras Party venue cluster, was not available.

The Hordern can accommodate around 5000 people. Max Watts, the other major dance hall at the party, can hold around 1500, while the remaining satellite venues can only cater for much smaller crowds.

Yet, despite the significantly reduced capacity, the estimated number of tickets sold is 10,000 – 12,000.

The intense overcrowding meant long queues for bars, food vendors, and toilets, which were reportedly filthy. Other more serious allegations involve unhelpful or poorly informed security/staff in the presence of medical emergencies.

Mardi Gras released a statement on their website and social media channels in response to the fury.

In it they said:

“We’re hearing your feedback about last night’s 2020 Mardi Gras Party, with extended waiting times to get into the Hordern Pavilion when it reached capacity.

We are deeply disappointed and apologise that this has occurred.”

The statement goes on to explain that, despite the loss of the RHI, they believed that the Hordern Pavilion and surrounding venues were still the best option for the Party.

Star Observer contacted Mardi Gras for further comment and was told the organisation was continuing to review feedback and gather information and would advise on any updates.