The Tasmanian Catholic Church’s attempts to pit medical and health care professionals against a report about harmful conversion practices has been dubbed a “misinformation campaign”.

The Tasmanian Law Reform Institute (TLRI) has called out the “incorrect” statements made about its report in the Catholic Standard, the official print publication of the Catholic Church in Tasmania.

Earlier this month, a TLRI report had recommended law reforms to deal with unscientific and harmful conversion practices to change a person’s sexual orientation and gender identity.

Advertisement
In response to the report, Tasmanian Premier Jeremy Rockliff assured the LGBTQI community that the government would follow other jurisdictions like Victoria, ACT and Queensland and pass legislation to ban conversion practices.

The Church targeted the TLRI report, with Hobart Archbishop Julian Porteous claiming that “the definition of a ‘conversion practice’ in the report is so broad and expansive that it would make unlawful, medical and psychological treatments considered by many to be best practice”.

Archbishop Porteous said that law reforms to ban conversion practices “would also place legal restrictions on the type of care provided by a range of community groups, in particular faith communities, which has made a very positive difference to the lives of many.”

In its June 12 edition, the Catholic Standard published an opinion piece with the headline ‘Report Seeks to Ban Treatment of Gender Dysphoria’.

Advertisement
The article said that “under the proposed changes, medical professionals and psychologists would be forced to affirm gender dysphoria as normal and healthy, increasing the likelihood that a patient would pursue irreversible procedures to “transition” to the opposite sex’.

The TLRI said that the statement , as well as the premise of the article that the report recommends “a ban on the treatment of gender dysphoria”, was “incorrect”.

“The Report highlights the risk of unqualified, untrained and unlicensed people making pseudoscientific representations and undertaking pseudo-medical conduct on highly vulnerable people in a particularly sensitive area of health practice,” the TLRI said.

TLRI pointed out that ” the current Australian standard of care for trans and gender diverse people is ‘gender affirming’.”

Advertisement
The Institute said it had recommended that the Chief Civil Psychiatrist “specify the appropriate contemporary standards of care for treating any mental health condition relating to gender identity at any one time.” And, any health professional who disagrees with this “would be able to conscientiously object and would not be ‘forced’ to apply the regulated standard of care”. “I congratulate the TLRI for responding to the misinformation campaign we are seeing from the Catholic Archdiocese of Hobart and others,” Equality Tasmania spokesperson, Rodney Croome, said in a statement.

“The Archdiocese is conducting a misinformation campaign, not to protect medical practitioners, who the TLRI recommendations already protect, but because it wants the door to conversion practices left open,” said Croome.

“The Archdiocese must answer a simple question, why does it want to jeopardise the wellbeing of vulnerable trans and gender diverse people by subjecting them to medical practitioners acting unprofessionally or quacks who are completely unqualified?”

“Conversion practices are based on false and misleading claims, cause profound harm and must be prohibited,” added Croome. 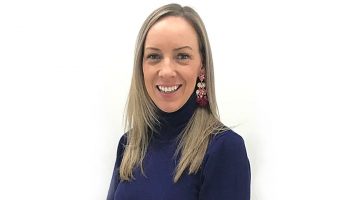