Bathurst gets its very own queer night BATHURST, a country town about 200km north-west of Sydney, is about to get a whole lot more fabulous.

For the first time ever the exclusive the Oxford Hotel’s Club Medusa – the hottest nightclub in the Central West of NSW – will host Venom – Pride Night, a massive party celebrating all that is LGBTI.

Advertisement
The brainchild of the Oxford Hotel’s owner Ash Lyons, Venom – Pride Night will be the start of a monthly queer event in Bathurst.

Lyons wanted to show his support for the local LGBTI community and decided to throw a camp party in their honour.

DJ Clueless aka Tori will be hitting the decks to get the crowds dancing, while Sydney’s famous Prada’s Priscillas will put on a dazzling show for the audience.

Prada’s Priscillas is one of the most in-demand shows events across Australia and takes audiences on a historical journey from when drag began in the 60s with Les Girls, to Priscilla, Queen of the Desert through to a celebration of modern pop icons.

Club Medusa is one of the hottest venues in Bathurst with a capacity of over 500 it has a full colour 3D laser show, a signature sunken dance pit and is home to Bathurst’s only VIP area.

Venom – Pride Night debuts Friday, December 9 and there are plenty of accommodation options for people looking for a weekend getaway from Sydney.

Next post Midsumma to keep controversial partnership with News Corp

I ♥ The Nightlife – 86 Bar Transforms 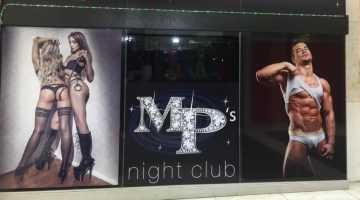