Andreja Pejić on the cover of Attitude Magazine. Photo: Supplied

AUSTRALIAN model Andreja Pejić has been named the Icon Award winner by UK magazine Attitude and will feature on the magazine’s cover.

Advertisement
Born in Bosnia and Herzegovina, Pejić’s family moved to Melbourne as political refugees and she soon became one of fashion’s most talked about stars when she paved the way for androgynous fashion.

Modelling for the likes of Gaultier, Vivienne Westwood and Marc Jacobs, at the age of 23 she became the first trans model to be profiled by Vogue. 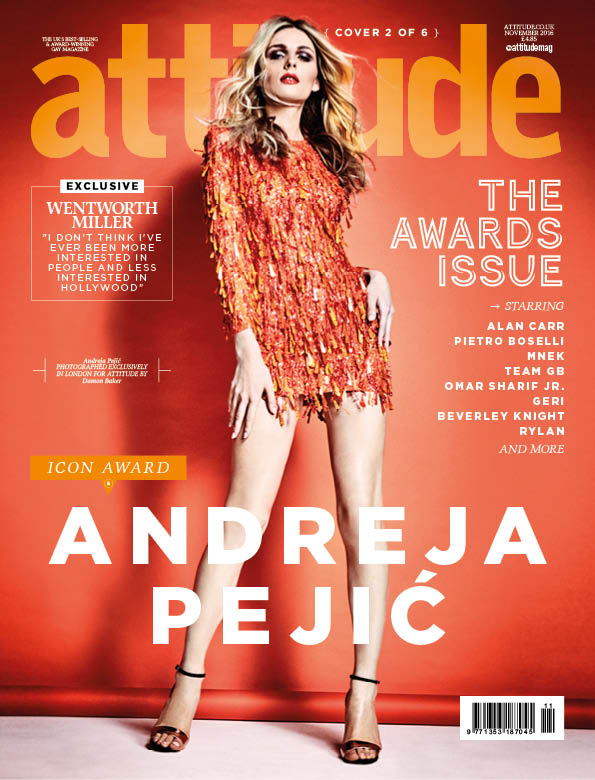 Andreja Pejić on the cover of Attitude Magazine. Photo: Supplied

In the November issue of Attitude magazine Pejić talks about her life as refugee, celebrities dating trans women and trans issues.

“My experience of being a refugee has shaped my life just as much as being trans. It decided where I live, it decided what school I go to, everything,” she said.

“And, from purely personal experience, you know when you’re a child. You just know.

“I think today most male celebrities would be scared of dating a trans woman publicly because I don’t know, they need to be the beacons of masculinity or whatever.

In the next few years I’m sure you will see an A-list couple where one is a trans woman, or even a trans man. And hell, yes there are celebrities who are down for trans women, it’s been happening but on the DL.”

The Attitude Awards were announced on October 10 in London and the November issue of Attitude will be available on November 12.