Queering the world of fantasy

For many LGBTI people, reading fantasy novels is a form of escape. Its stories reject the norms of everyday life, but they rarely — if ever — feature gay characters. Ahead of her appearance at the Melbourne Writers Festival, Matthew Wade spoke to author CS Pacat and found out why LGBTI themes should be the norm for the genre. 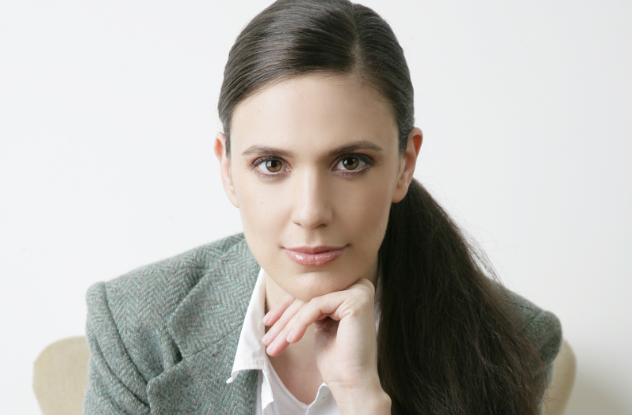 WHEN she was younger, CS Pacat avidly read fantasy novels but was always left with a feeling that something was missing.

That missing element was usually an LGBTI character, leading her to rewrite the stories in her mind to include them.

[showads ad=MREC]“Fantasy is often about a kind of nostalgic desire to escape into an exciting or reassuring past,” she says.

“But a lot of minorities are locked out of nostalgia in a way, because you don’t necessarily long to return to a past where you had fewer rights or less representation than you do now.”

The Australian author cites JRR Tolkien’s Lord of the Rings: The Two Towers as an example of this, specifically referring to how she couldn’t relate to the battle of Helm’s Deep.

“He was telling me that all the women and children were locked in the basement while the men did the fighting on the ramparts, and it’s the same with queerness,” Pacat says.

“If I had to imagine myself queer in those environments, I’d have to rewrite them in my mind in a way where I could be a part of it and exist as myself.”

It was this desire to see herself in fantasy novels that compelled her to write her own.

Starting as an online serial, its readership quickly grew from a small handful to tens of thousands, prompting Pacat to seek a publisher.

However, no-one was interested in a book about gay princes.

“The kindest reply I got at the time was ‘we don’t think there’s a market for this book’,” she recalls.

Pacat then decided to self-publish the first volume in 2013. In less than 24 hours, it went on to top the list of multiple categories on Amazon.

She was then approached by a New York agent and signed a publishing deal with Penguin US. With her books now published worldwide, Pacat is back home in Melbourne to talk about the fantasy genre as part of the 2015 Melbourne Writers Festival. “It’s important to challenge those assumptions that can come with the genre,” she says.

“What’s interesting to me about fantasy is that for all the word implies, it can tend to be quite conservative.”

Pacat believes fantasy allows for new kinds of representation and new ways of looking at sexuality and gender, making it the “perfect vehicle” to explore themes like rape, slavery, and power.

“I think realism is really good at describing human behaviour within a certain bandwidth,” she says.

“Fantasy makes the implausible or the extreme believable, and so it allows you to really explore darker themes or things that are a little more unusual.”

While her books have a predominantly LGBTI readership, Pacat says it has a growing straight fan base as well.

“The people reading it are people who are interested in mainstream fantasy and who wouldn’t necessarily seek out queer-themed fantasy as a first preference,” she says.

“Well, that’s my impression from interacting with fans and readers… the book has gone through different phases of publication and with each step it has reached new readers, so now it’s quite mainstream.”

The follow up to the original Captive Prince book and second volume in her trilogy, Prince’s Gambit, was released in July. The third, Kings Rising, is slated for release in February.

Growing up in the 90s, Pacat says although she read every fantasy novel with queer themes or characters, she still felt unsatisfied after turning their last pages.

“Even now, I’ll watch a season’s worth of a television show that I’m not even really sure I like that much because it has one bisexual character in it,” she jokes.

“Seeing queer characters in literature, film and television becomes electric to your imagination.

“It’s like that part of the book is the only ‘alive’ thing, or that’s the thing you’re really hungry for.”

While she grew up in a reasonably liberal household, she says that she did most of the exploration around her bisexuality through reading.

“If there was any kind of gay story in the 90s it was always the same narrative,” she recalls.

“The character always had the ‘gay narrative’: you’re born, you realise that you’re gay, you come out traumatically, and then you’re doomed to live life on the fringes of social acceptability until the end when you tragically die.

“I feel like now we’re in a place where we understand that if you’re an LGBTI character you can have many types of narratives, particularly in fantasy, so it’s an exciting time.”

The Star Observer is a media partner of Melbourne Writers Festival.

RELATED: SJ WATSON: “I DON’T SEE GENDER AS BEING A BINARY, OR A FIXED THING”

RELATED: WRITING FOR THE OTHER TEAM (In-depth)

To celebrate the opening of Melbourne Writers Festival, the Star Observer has a few free tickets to giveaway:

To win, all you have to do is sign up to our e-newsletter mailing list and then send an email to [email protected]with your full name and postal address (to mail tickets). Please indicate in the email which prize you would like to claim. Entrants can only claim one prize, and will be given on a first-in, first-served basis.