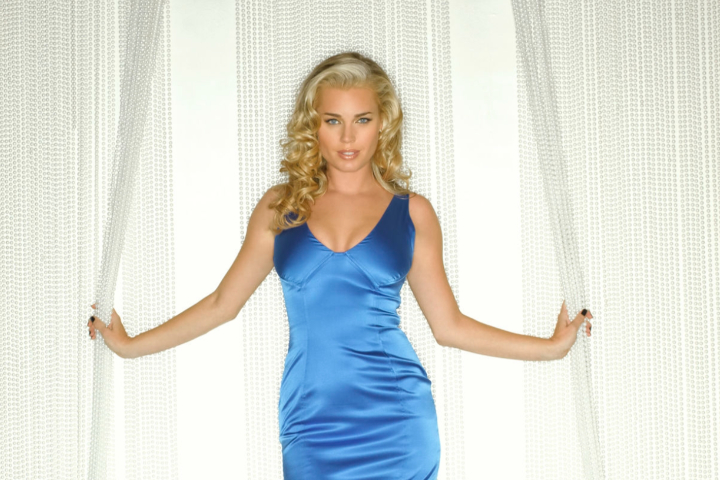 It’s been just over 10-years since the cancellation of television’s most beloved comedy-drama series, and there is a lot to reflect on. Now, you might be thinking to yourself, how on Earth is Ugly Betty considered to be a problematic show? The way it defied stereotypes and challenged beauty standards was commendable during the early-2000s. During its four-season run, Ugly Betty managed to shine a (much needed) spotlight on issues that other primetime shows could only dream of. From a personal standpoint, the show’s gay representation had a tremendous impact on the person I am today. Like many closeted adolescents, I saw a lot of myself in Betty’s nephew, Justin (Mark Indelicato). Seeing him overcome adversity and be his most authentic self really struck a chord during my coming out journey.

However, there is more to Ugly Betty than the faded recollections we’ve preserved in our memories. When you delve a little deeper and view the show through the 2020s lens, you begin to notice some cracks in the seemingly untouchable walls. This is particularly the case with their portrayal of transgender character, Alexis Meade (Rebecca Romijn). Between the distasteful ‘comedic’ language, and victim-blaming, I’m surprised there haven’t been clips resurfacing online. While featuring a trans character on television would have been massive back in 2006, the way ABC writers handled much of her character arc is downright offensive. Ugly Betty had the potential to set a precedent for how this minority group were represented in mainstream media. And while these efforts were well-intended, they leave a lot to be desired.

For transparency, I would like to issue an official SPOILER ALERT. There is also a trigger warning for sensitive and offensive language.

Dead-naming and misuse of a pronoun

The first issue I would like to raise is how the character of Alexis Meade is constantly being dead-named and having her pronoun misused. While much of her backstory is mentioned before her introduction on the show, this does not excuse why these offensive titles are used so much. The writers really could have benefited from educating themselves on why dead-naming, and misusing someone’s pronouns, is damaging and invalidating to the transgender experience. Having this occur so often also has the potential to normalise the idea—something activists and community members have been discouraging for years.

Shown as ‘the problem’

Another issue with Alexis Meade is that her transition is seen as a major inconvenience to those around her. More attention seems to focus on victimising her family, as opposed to showing how difficult it was for her to leave everything behind and fake her own death. Much of her initial story arc focuses on the reactions of others, and how they are adjusting to the news. This is particularly the case with Daniel, who continuously tries to neglect the existence of her. These aspects make it painfully obvious that Alexis’s character was not guided by someone’s lived experience, as vital components to her story do not have a clear and definitive vision.

Advertisement
Let’s also not forget that most of Alexis’s character revolves around the scheming she does to seek revenge on her father’s disapproval. We see the lengths she goes to destroy Bradford Meade’s (Alan Dale) reputation by framing him for the death of former MODE editor, Fey Sommers. In the third season, it is also discovered that she was responsible for shoving a pregnant woman, Christina McKinney (Ashley Jensen), down a flight of stairs. No matter how you look at these scenarios, it paints the character of Alexis as an eruptive and emotionally sporadic person who is capable of inflicting violence onto someone out of spite.

Offensive ‘jokes’ made at her expense

Throughout the series, there are multiple ‘jokes’ made at Alexis’s expense. Not only are they incredibly distasteful, but also highly offensive. From false rumours about genitalia, to the dreaded T-word, there is a lot to process. For obvious reasons, I won’t go into specifics and spare you the graphic details. However, if you feel the need to conduct your own research, I highly suggest you take some time to prepare yourself; especially if you are easily triggered.

There are also several incidents where Alexis is shown to be ‘adjusting’ to her reassignment surgery by displaying conventionally ‘masculine’ traits. Not only does this discredit her experiences (and the experiences of so many) but also makes it seem as though audiences are ‘supposed’ to take pleasure in mocking, or laughing, at her situation.

Before I even started re-watching Ugly Betty, there were some aspects of Alexis’s character that always stuck out to me. Before her transition, it is mentioned, on numerous occasions, that Alexis had been attracted to women. However, in the moments where she is seen to pursue a love interest, they are exclusively male. While it’s entirely possible Alexis is bisexual, or pansexual, this is never clarified or spoken about. There are also some other aspects that make her character a bit inconsistent. Pre-transition, she is depicted to be sporty, and (conventionally) masculine. However, post-transition, she is suddenly interested in fashion and never shown to play any sports. This leads me to believe the writers may have thought the possibility of a lesbian transexual, who plays sports, would have simply been too ‘complicated’ or ‘radical’ for their audience to digest. The compulsive heteronormativity is really upsetting and only makes me wish they had spent the same attention with Alexis as they did with fellow queer characters on the show.

Finally, I would like to bring attention to the unrealistic expectations the show portrays of transgender people. Since the character of Alexis Meade is played by a cisgender woman, sheltered viewers would have a very skewed perspective of how trans people are ‘supposed’ to look. Production could have greatly benefited from presenting viewers someone with a personal lived experience. Achieving this might have even had the potential to eliminate some of the issues mentioned above, as her character would been drawn from an honest place.

Advertisement
It is also worth noting that Alexis is constantly the target of adversity on the show and rarely given a moment where her identity is shown to be something positive. While her character was revolutionary at the time, it was (and still is) important to show the transgender experience in ways that are empowering, constructive and sensible. However, Alexis is depicted as someone who is harsh, emotional, and vindictive. While she does have her delicate moments, they are definitely overshadowed.

To be clear, this isn’t an attempt to ‘cancel’ Ugly Betty, or discredit any of its accomplishments. The positive attributes definitely outweigh the negatives. But I feel it is important to shed light on these flaws, especially when they represent an entire community of people. I tend to believe that most of us can grow from our mistakes, and I’m sure the production would have done things a little differently if they were given the opportunity. Our society as grown immensely since the early-2000s, and these mistakes would definitely not be made today.

About the Author Tanner Muller