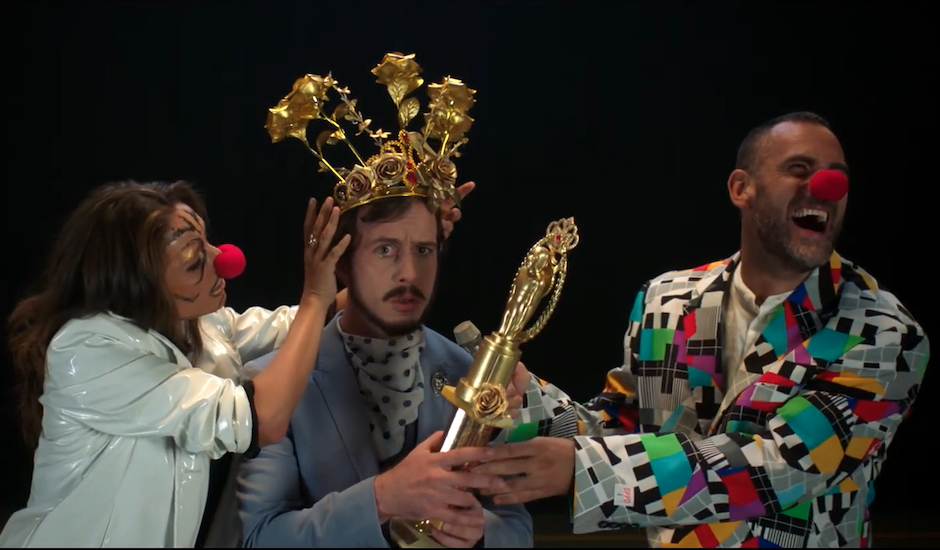 Singer songwriter, Brendan Maclean, has unveiled the music video for the single, “Goes Without Saying” from his album And the Boyfriends.

Released in February, And the Boyfriends has a more mature sound that is a switch in gears from what fans have come to expect from the poptastic artist, who is still widely overlooked by the music industry.

Maclean’s 2016 EP, funbang1 went to number one on the Australian iTunes Chart and debuted at 19 on the ARIA Charts, but he felt he needed something different for his follow up album.

“It’s my ‘getting older’ album,” Maclean said in an interview on JOY 94.9 last year. “It was time for me to look externally. There’s only so much ‘oh my God I love you I’m going to poop my pants’ singing I could do.”

“While it’s called And the Boyfriends, this EP is actually about the women in my life. I’ve always been the internet’s favourite ex-boyfriend, but instead I wanted to write about some external things in my life, and that was really refreshing.”

Whether live or in recording, Maclean always gives 150%, with an array of songs that highlight his diversity growth and skill as an artist. He wrote “Goes Without Saying” on the set of the ABC iView comedy F**king Adelaide in 2018 and feels his character Eli had a hand in its inspiration.

“Later in the song I’m reflecting on that bizarre experience of watching myself on the big screen and being praised for this character that felt like a parody of my life.” Maclean tells Pile Rats, “This video, directed by Stef Smith, is our attempt to emulate that experience and the odd emotional fallout that came with it. I play this cynical, theatrical, gay, failing musician – so, basically myself.”

The hauntingly beautiful “Goes Without Saying” now has a music clip to match. Directed by Stef Smith and starring Betty Grumble and Neil Phipps, it perfectly captures the fragility, isolation and passion in the song.

Stereogomaus once again created a remix of the track in August, giving “Goes Without Saying” a very different beat without losing any of its heart.

“Goes Without Saying” is available to purchase, as is all of MacLean’s’ music, via his website.

Previous post Naming the site where we stood our ground