A QUEENSLAND soldier who has been missing for the past 17 years may have disappeared because of his sexuality.

Sean Sargent, a manager in the Army, went missing on March 19, 1999 after a night of heavy drinking with friends at a house party in Brisbane. A coronial inquest has been set up to determine whether he is still alive.

His family has always maintained Sargent is alive and is working as a covert military officer in the style of Jason Bourne.

Advertisement
At a pre-inquest conference yesterday the coroner heard that Sargent had transferred to the Army after serving two years in the Airforce where he had a relatively “unblemished” career except for a sanction he had received for a series of incidents in Papua New Guinea in which he was “verbally aggressive, with sexist and racist overtones”.

Counsel Assisting the Coroner Peter De Waard told the conference that in July 1998, Sargent became close friends with another solider, Andrew Juniper, and they often went out together.

“This is not unusual but I do note that there appears to have been a rumour within certain Army circles that the two were in a homosexual relationship. A claim that Mr Juniper denies,” De Waard said.

Sargent’s sister said his disappearance was unusual describing him as “fiercely loyal to his family”, even calling his sister and her four children on a weekly basis despite his busy schedule.

In 1998, Sargent was forced to pay a bouncer from a Townsville nightclub $4000 in damages after assaulting him and breaking his nose.

In the months leading up to his disappearance, friends and family reported Sargent as living under a great deal of stress. Despite previously criticising people who took their own lives, Sargent had also sent an email to his girlfriend joking he was considering taking his own life.

On the night of his disappearance Sergeant had been drinking with a number of Army colleagues at a party in the Brisbane suburb of St Lucia. After allegedly drinking the majority of a bottle of vodka, Sargent told a party-goer he “sleep it off” in his car instead of driving home. But both Sargent and his car disappeared that night.

A man matching Sargent’s description was spotted in the weeks following his disappearance including at Brisbane’s gay bar, the Sportsman, where a man said he had drinks with a man who was “very toey” and “not mentally stable” called Sean.

De Waard told the pre-inquest conference that at the time of the disappearance the QLD Police had spoken to a number of witnesses but only took one official statement.

“Another concern is that Mr Sargent’s personal computer was not confiscated by police and inspected at the time of his disappearance,” he said.

“It was not until three years later, that Mr Sargent’s father alerted the police to this and a police inspection discovered that one of Mr Sargent’s hard drives from his computer appeared to have been removed.”

Next post Midsumma has decided it won't advertise with News Corp 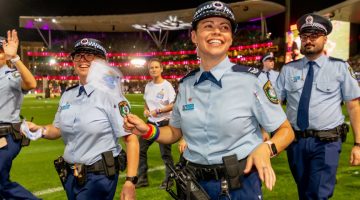