The City of Sydney has moved one step closer towards protecting Oxford Street’s queer cultural and historical identity by recommending the development of an LGBTQI Cultural and Social Place Strategy for the gaybourhood.

At a City of Sydney Council meeting on Monday October 18, Lord Mayor Clover Moore proclaimed: “Tonight, I’m putting to you that we also have a social and cultural policy that relates to that very strong history of the LGBTQI community [on Oxford Street].” Her motion was carried unanimously.

The Lord Mayoral Minute stated, “preparations for WorldPride 2023 and the resulting celebrations present opportunities to explore the protection, preservation and strengthening of Oxford Street and its surrounding neighbourhoods as a focal point for LGBTIQ+ community life and culture.”

Advertisement
The proposed Cultural and Social Place Strategy would, among other things, recognise the importance of Oxford Street to the LGBTQI community and identify places of significance for the community, while strengthening the street’s LGBTQI cultural identity.

No Plans For A Pride Centre, Yet Map showing boundaries of the Oxford Street creative and cultural precinct in Sydney.

The absence of a Pride Centre in the proposed strategy did not go unnoticed. Councillor Professor Kerryn Phelps asked the Lord Mayor “what happened to the proposed Pride Hub in the Oxford Street redevelopment plans?” This seemed to confirm rumours that developers had initially included an LGBTQI centre as part of their multimillion-dollar revamp of the precinct.

“I don’t know,” responded Moore, before CEO Monica Barone shut down conversation stating that a development application had already been lodged so the topic could not be discussed. She promised that an update on the subject would be provided to councillors later when more information was gathered.

Advertisement
Councillor Linda Scott voiced support for the strategy stating that “any future consideration of event, redevelopment, strategy, or place consideration, must have at its heart the fact that this is a fundamentally important historical place for the LGBTIQ community, and it should continue that forward into the future.” 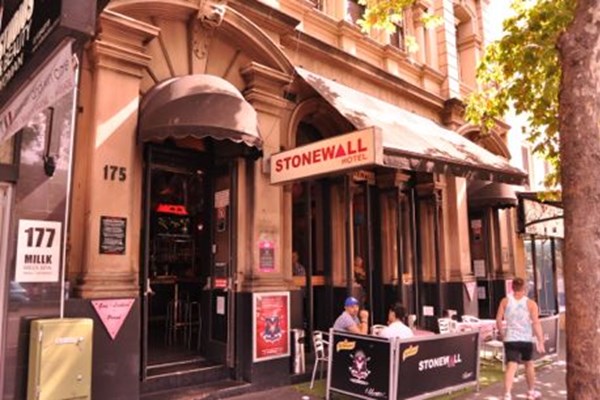 Councillor Christine Forster cautiously welcomed the plan and hoped “that this latest commitment won’t be, as so many of the others have been, an empty promise timed to create maximum impact in a run up to an election.” Adding, “I hope that she (Moore) will actually deliver on this commitment because sadly she has not delivered on many of them since 2004.”

Foster stressed the need to “put a process in place to try and revitalise what is such an important precinct. The cultural heart of the LGBTIQ community in Sydney, a globally known precinct for that community and a really important part of the Sydney cultural fabric.”

The City of Sydney, with the help of community organisations and the private sector will work to implement the new strategy.

Sydney will be the first city in Australia to implement policies that protect the historical and cultural identity of an LGBTQI precinct, joining New York, San Francisco, Chicago, and London.

WorldPride 2023 will take place in over three weeks in February 2023.