A district court in Perth on Friday sentenced a 26-year-old man to six and a half years imprisonment for his role in  two separate incidents of bashing and robbing of gay men.

Warning: This story has details and visuals of a homophobic attack and might be distressing to some readers. For 24 hour crisis support and suicide prevention call Lifeline on 13 11 14. For Australia-wide LGBTQI peer support call QLife on 1800 184 527 or webchat.

Tyler Dean Borinelli had lured the two men – Perth residents Michael Buhle (57) and another man in his 40s, through the gay dating app Scruff – to isolated construction sites in Gosnells. Both men were viciously attacked by Borrinelli and his associates, with Buhle suffering a fractured skull and broken jaw.

Borrinelli was arrested in April and charged with two counts of intent to harm and causing bodily harm, one count of stealing, one count of dealing in drugs and one count of possession of cannabis.

Advertisement
Chief Judge Julie Wager convicted Borinelli on all six counts and ordered him to serve four years and six months imprisonment, including the time he has spent in prison, before being eligible for parole.

The case against two other alleged associates of Borinelli – one in each case – has been committed to the magistrate’s court. 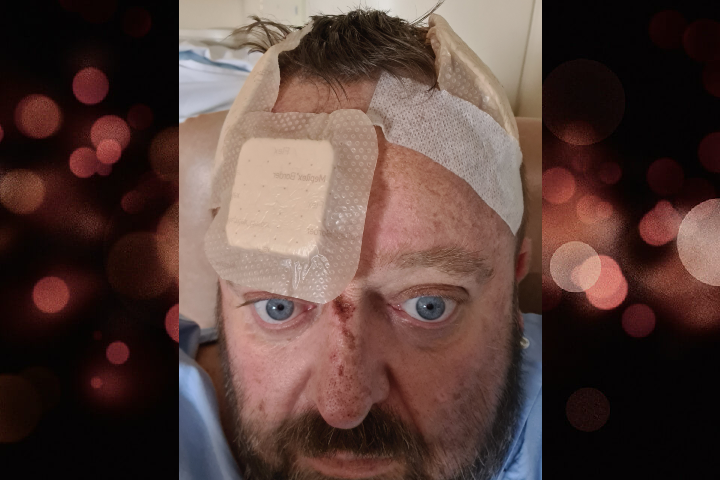 State prosecutor Daniel Harrop told the court that both incidents were hate crimes that deliberately targeted members of the gay community.

Borinelli’s lawyer denied that it was a hate crime and blamed the attacks on his drug addiction. The lawyer claimed that Borinelli had wanted to target pedophiles as two women in his life had been sexually abused as children.

The prosecutor said that in both cases Borinelli had presented himself on the dating app as over 16 – the age of consent. Both cases of sexual abuse that Borinelli mentioned involved females and was in no way connected to gay men. The prosecutor also referred to the chats between Buhle and the accused, and pointed out that age was not mentioned in any of the conversations.

“Even accepting this is the case, it makes no sense in those circumstances for the offender to have deliberately targeted gay men through a  gay dating app. It’s equally possible for the offender to have downloaded a straight dating application and pretended to be a  young female. But instead he chose to target the gay community when no gay men had done him or his loved ones any harm. In any event, vigilantism should always be denounced,” Harrop said. The court concurred.

Advertisement
“This was not a misguided crusade. This was premeditated thuggery carried out against people who were placed in vulnerable positions. And it was something that occurred when you determined that these people were going to be isolated in such a way that they had no recourse and no safety,” said the judge. 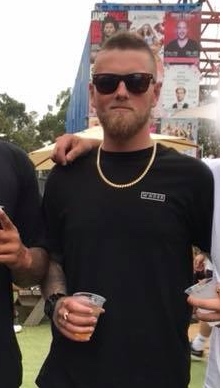 Borinelli had lured both men after communicating with them on the gay dating app Scruff.

The first incident occurred on March 22, when the 40 year old victim was asked to come to a construction site. When the victim arrived he was confronted by Borinelli and another accused, who pinned him to the ground and punched him repeatedly on his head.

When the attacks stopped the victim got up and walked to his car. On realising that he had dropped his mobile phone, driver’s license and bank card, the victim tried to retrieve it from the building. The accused then picked a brick and flung it at the victim, but missed him

The second incident took place on March 29, when Buhle was lured to a construction site where he was met by three men swinging baseball bats. One of the men told Buhle:  ‘we are going to teach you a lesson’.

The guy swung his bat at Buhle, hitting him on his left temple. Buhle had told Star Observer that the attack was a blur and all he remembered was “a rapid succession of sharp thuds about my head.”

The attack left Buhle with a broken jaw and a fractured skull. “I just felt overwhelming terror,” Buhle had said.

In his victim impact statement Buhle, suffered potentiallife threatening injuries, spoke of the emotional toll of the incident.

Buhle said that the “terror of impending doom hasn’t faded”. He added that the “absolute dread is still very real” when he relives the incident, and so is the “guilt, shame and embarrassment” as he constantly berates himself  “for succumbing to the trap”.

Borinelli, who pleaded guilty to the charges, expressed genuine remorse over the incidents and wrote personal letters of apology to the victims.

Borinelli’s lawyer told the court about his tough childhood, growing up with his younger step brother. His mother was a drug user and used to deal in drugs. Borinelli claimed his life fell apart after his mother was arrested and his younger brother was sent to live with his father.

The lawyer said that Borinelli had now repaired his relationship with his mother who was now sober and wanted to turn his own life around. Borinelli said that he had been participating in a violent offenders treatment program and had undertaken counselling to control his aggressive behaviour.

The prosecutor pointed out that Borinelli had carried out both the attacks, months after he was sentenced to probation and a suspended sentence in another case of assault.