We kick off our coverage of the March elections for City of Brisbane, Australia's largest local government, with a wrap up of all the LGBTI-specific commitments already made by the major parties and players. 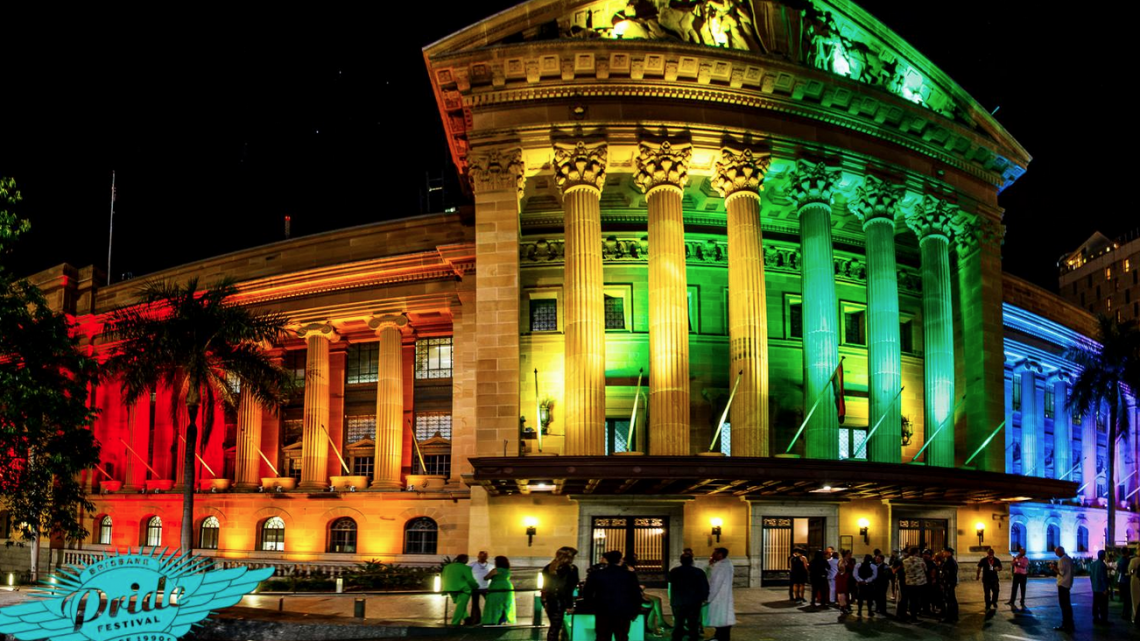 WITH an election for Australia’s largest local council due in March, parties have begun to make their pitch to its LGBTI community, making wide ranging commitments from increased funding to better visibility and inclusion measures.

During current Lord Mayor Graham Quirk’s time in office, LGBTI issues have garnered more attention than previous Brisbane City Council administrations, as the community pushed to include their issues into council discussion and decision making.

Advertisement
Recognition for the International Day Against Homophobia and Transphobia (IDAHOT), support and funding for LGBTI community groups along with participation in key events have all played crucial roles in promoting inclusion within Brisbane.

However, controversy surrounding a poster for the 2014 Brisbane Queer Film Festival, back-and-forth debate over raising pride flags over city hall – which were later flown – and the rejection of an LGBTI advisory committee have proven to be contentious moments.

Addressing what they see as the shortcomings of the current council with respect to the LGBTI community, Labor, Greens and independent candidates for Brisbane Lord Mayor have laid out their commitments ahead of the March 16 election.

Labor’s Rob Harding has so far publicly committed to double the current funding provided to the Brisbane Pride Festival – from $21,000 to $42,000 – and establishing a LGBTI advisory committee.

“One of the most moving experiences I’ve had… was joining this year’s Pride March, making our way down Brunswick St with so many passionate Brisbane locals,” Harding said.

“It’s a really special celebration and one which I am committed to supporting and growing.

“If elected Lord Mayor, I want to help the Pride Festival become an event which people flock to from around Queensland and Australia.

“I know doubling the funding won’t magically make this happen, but it’s certainly a step in the right direction.”

On the issue of an advisory committee, Harding said he saw only positive and productive outcomes from its establishment.

“Following extensive discussions with members of Brisbane’s LGBTI community, I’ve decided an advisory committee is the best way to ensure the views and needs of the community are represented to council,” he said.

“Brisbane’s LGBTI community put a petition to council only to have it rejected.

“I see nothing but merit in having an LGBTI advisory committee. More open engagement with the community will make Brisbane the most inclusive city it can be.”

Meanwhile, the Greens’ Ben Pennings has offered an extensive list of promises.

“The Greens have always fought to end discrimination, for full equality under the law and in the broader community,” said Pennings, who was also the former coordinator of the LGBT Anti-Violence Council.

“The old parties still have a way to go and we’re proud to keep pushing them to ensure all Brisbane residents enjoy the basic human rights others take for granted.

“More that that, we’ve committed $2.1 million in funding for LGBTIQ events and community groups, to ensure Brisbane is out and proud.”

Along with sharing Labor’s view that an LGBTI advisory committee should be established, Pennings promised to ensure local government support for marriage equality.

“We challenge the old parties to end their blatant discrimination and support all Brisbane residents equally,” he said.

“Brisbane City Council should fight for equality and support LGBTIQ communities, to amend their historical and current neglect.”

Speaking to the Star Observer, independent Cr Nicole Johnston said she supported the work done by Phil Browne and the rest of the Brisbane LGBTIQ Action Group (BLAG) to turn the city into a more inclusive one.

“I have known Phil and others in BLAG for a while now and have always eagerly worked with them over the several issues they have brought up with Council over the years,” she said.

A supporter of the LGBTI advisory committee, Johnston said its dismissal by council was a let down.

“It would have been a very positive sign about building an inclusive Brisbane, one that we’re trying to make a safer, more productive and harmonious one for anyone,” she said.

“I believe that means looking at programs and actions that support minority groups, especially ones that experience discrimination and face significant barriers to full participation in society.

“Feeling comfortable and welcome in your own city is a vital step and I support BLAG in their intentions and efforts to create more inclusive programs and processes with council.”

The LNP was contacted for comment and advised that details regarding LGBTI policy announcements would be released in due course.