Safe Schools, Margaret Court, and a postal survey: the year in LGBTI news

Here are some of the top news stories that affected our community in 2017. This year has been one of the most tumultuous for Australia’s LGBTI community, and the Star Observer has been there to cover the news every step of the way. Aboriginal elders and leaders led Melbourne’s pride march for the first time, to highlight the faces and voices often forgotten in Australia’s dialogue around LGBTI identities.

The young Aboriginal man who organised the march’s Indigenous contingent, Mark Nannup, said: “[Leading pride march] gives other gay Aboriginal people who might be struggling with their families the opportunity to see somebody who’s out and proud, doing stuff in the community.” Reports revealed that the rate of trans teenagers applying to the Family Court for permission to start hormone treatment in Australia had increased by 360 per cent since 2013.

Under current Australian requirements, young trans and gender diverse people seeking stage-two hormone treatment for transition must apply to the court, a lengthy and costly process. Queensland’s state government scrapped the ‘gay panic’ defence to murder from its criminal code, after an amendment was introduced to parliament last year.

The controversial defence had previously allowed people accused of murder to claim provocation by unwanted sexual advance. The campaign to have the law abolished was primarily led by Father Paul Kelly, following the death of Wayne Ruks in 2008. One of the killers had used the ‘gay panic’ defence and served only four years for manslaughter.

After months of criticism within the pages of The Australian and a hardline campaign waged against it be conservatives around the country, New South Wales and Tasmania announced they would dump the Safe Schools program after its federal funding had run out. Queensland followed suit shortly after. After reports of torturous anti-gay concentration camps in Chechnya arose, LGBTI advocacy groups in Australia called on the government to introduce a parliamentary motion condemning the “cruelty of the Chechen government”.

In Sydney, a group of 78ers protested the camps at the Consulate of the Federation of Russian Republics. In Melbourne, hundreds joined a candlelight vigil in the city overnight to stand in solidarity with the gay and bisexual men being persecuted. Tennis champ Margaret Court came under fire after she made countless outrageous homophobic and transphobic comments, comparing the LGBTI community to Hitler and suggesting people were gay because of childhood abuse.

In response Google Maps briefly renamed Margaret Court Arena to Evonne Goolagong Arena, she was ironically used as the ‘poster girl’ for a queer event in Melbourne, and LGBTI protesters chanted “your bigotry can’t clear the net” outside of a Liberal Party fundraiser where Court was a guest. The Sydney Swans beat the St Kilda Saints during the AFL’s Pride Game at the Sydney Cricket Ground, 101 – 59, as fans waved rainbow flags from the stands to champion LGBTI inclusivity and acceptance in sport.

One fan held a sign that bore the message: “Still married to the footy because we can’t marry who we love. Shame Malcolm.” 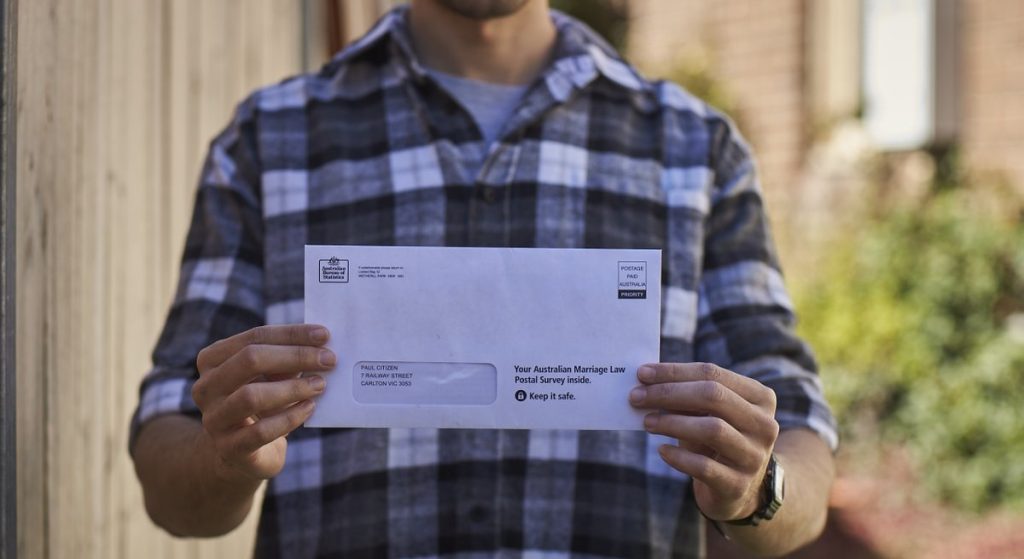 After the bill for a plebiscite failed in the Senate a second time, a $122 million postal survey was announced in its place. The survey would be sent to all 16 million eligible voters on the electoral roll, and they would simply have to tick Yes or No as to whether they supported same-sex marriage.

Two teams of LGBTI advocates announced High Court challenges to the survey, however both were unsuccessful and the survey ultimately went ahead.

A report revealed that stigma and discrimination were the top issues affecting the wellbeing and quality of life of people living with HIV.

The research found that almost a third of HIV-positive respondents would rather avoid making new friends than disclose their HIV status, and 69 per cent thought telling someone they had HIV was risky. Nearly a third of the doctors surveyed identified fear of discrimination as a barrier to HIV testing. Iconic Sydney gay nightclub Midnight Shift closed its doors and posted a heartfelt farewell to its patrons after almost 40 years.

In an emotional Facebook post, director Mark Mader wrote: “For those who supported the venue, thank you, and [to those] who grew up there, take care, always be yourself and proud.” The majority of Australians said Yes to marriage equality in the national postal survey.

After roughly 16 million ballots were sent out to eligible Australians around the country, 61 per cent voted in favour of same sex marriage, and 38 per cent voted against. All states and territories had majority Yes wins, and of the 150 federal electorates, 133 returned a majority Yes vote.