A friend is only a phone call away

It’s a Thursday night in the city, in the new City Village building on Bourke St. Perched on the eighth floor are the new offices of the Gay and Lesbian Switchboard.

It’s 6pm and the shift changes over from one volunteer to the next, unsure what the night of calls will bring.

It’s all in the night of a volunteer at the Switchboard, a telephone-based counselling, information and referral service which offers help to callers every week, ranging from troubled souls to information seekers.

With questions raised about the need for such services in today’s increasingly tolerant society, it’s heartening to know there is a place for people to call that is not just queer-friendly, but understands the complexity of what it means to be queer in a straight world, and the challenges that can bring.

The Switchboard is part self-funded and the Department of Human Services provides about half of what is needed to keep the phones up and running. Like so many community groups, the shortfall is topped up with fundraising from events and donations.

Originally established by organisations including the ALSO Foundation, the Switchboard is now a stand alone organisation, although it still retains its subsidy and sponsorship.

Always on the hunt for potential counsellors and volunteers the group has a growing need for women to join the phone team to even up the gender gap. Switchboard co-president Brian Murray said the group has been on the -œbare bones of operation for the last few years, with small fluctuations here and there.

Debriefing volunteers is crucial. Murray spoke vividly of the time he took a suicide call.

Remembering the adrenalin pumping through his body, he recounted the time a deeply distressed girl called, in a cliff edge moment of wanting to take her own life.

The paradox lies in that while the caller may reveal their most intimate thoughts, concerns and desires, the human on the other end remains anonymous. Murray said this is in part for the caller to feel safe and the volunteer to be protected from becoming personally entangled. Nor does the Switchboard follow up what happens to a person after a suicide call is made.

Murray said the suicide calls are thankfully few and far between, and most calls are referrals for advice in dealing with situations or queries about dealing with friends and family, parents calling about their children, health professionals and school counsellors.

-œOften the call may start off as an information call and you realise that it’s a counselling call and it’s just their foot in the door, that’s just their introduction, he said.

Volunteers are specially selected by trainers who they deem appropriate, open-minded and can accept constructive criticism.

Murray said regional Victoria is the next frontier for the Switchboard and money has been allocated for a regional marketing plan this year to establish a network for rural callers. 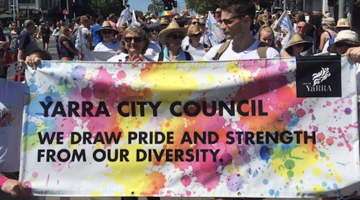