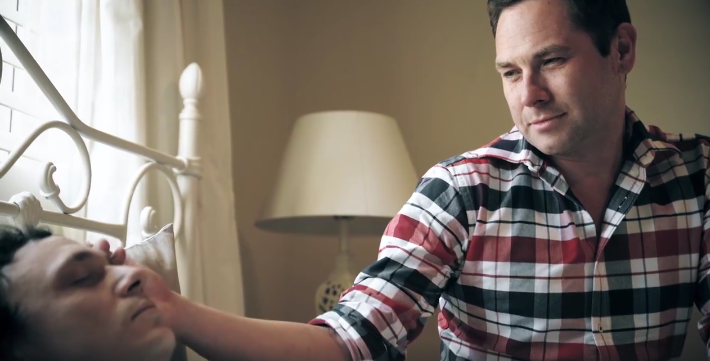 AUSTRALIA’S Got Talent alumnus Greg Gould has released a 10 minute music video that is going viral on social media because of its depictions of sexuality and gender discrimination.

The video — which has amassed almost 50,000 views in just two days and accompanies Gould’s single Run To You — four true stories of discrimination, including Gould’s own experience of homophobia in the music industry.

Advertisement
After coming runner-up in the 2013 AGT contest, Gould found many people in the industry didn’t want to work with him because he was gay.

“I was told things like ‘it’s best to stay in the closet’ and ‘Australia isn’t ready’,” he told the Star Observer.

Gould said he was told at one point by music agents that they did not know “how to market a gay artist”.

He also recalled when he first appeared on Australian Idol at the age of 17, a producer told him “don’t be too gay”.

However, Gould’s new video features stories across the LGBTI spectrum, with central characters who all play themselves.

“It was important that everything in that film was authentic and genuine,” Gould said.

This meant that retelling these stories was emotional for all involved, he added.

One of these stories is about Victoria Anthony, who was rejected by her family for being trans.

When Anthony showed up on set to depict herself before and after transition, she had to borrow Gould’s clothes because she had no men’s clothes of her own.

“She literally took the shirt off my back,” Gould said.

In his story, he finds his religious position alienates the gay partner of a dying man.

The couple were married briefly in the ACT before the High Court overturned the jurisdiction’s Marriage Equality (Same Sex) Act.

“[The video is] not just about gay equality, it’s about all equality,” Gould said.

Next post Throwback: The year nothing could rain on our parade