‘And Jesus said, ‘Come unto me, all ye that labor’, reads the plaque outside the two-storey brick building on 162 Wellington Street, home to one of Australia’s finest gay spas, Wet On Wellington, which is celebrating its 21st anniversary in April.

The plaque harks back to the site’s origins as a Mission started by Dr. John Singleton in 1869. The present building came up in 1889 as the Collingwood Free Medical Mission Dispensary “for the relief of the destitute sick of every creed and clime”. It operated as a community health facility, and later a school, before its eventual glow-up as a gay bathhouse.

There Was No Other Gay Sauna Like Wet On Wellington! 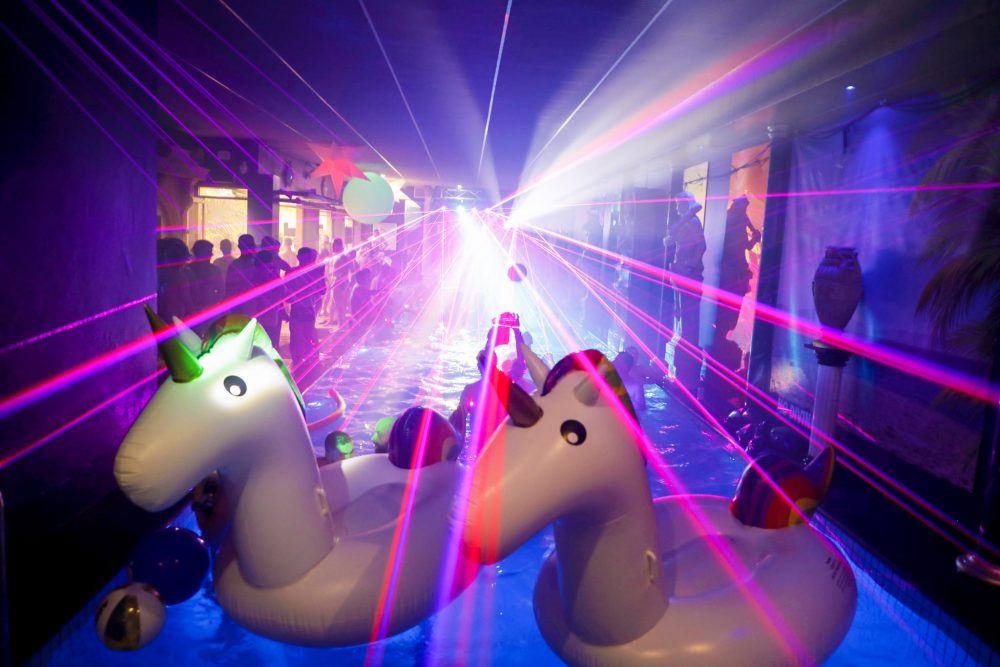 When it opened on April 10, 2001, in the inner Melbourne suburb of Collingwood, Wet On Wellington was unlike any other gay bathhouse the queer community had seen. A far cry from dark, dingy and grimy bathhouses, Wet On Wellington wowed its patrons with its Grecian decor, opulent marble statues, facilities spread over two levels, a 25-metre lap pool and a sun-lit courtyard.

“There was no other gay sauna with a swimming pool or an outer courtyard. The facilities were on a much larger scale – the steam room was double the size of anything people had seen,” says Shane Gardner, General Manager, who has led the team since joining in 2005.

Advertisement
Two decades later, the facilities have kept up with the times. “A lot of people say, ‘Oh I don’t go to a sauna’. But then they come in for a drink, have a look and are pleasantly surprised. This place could have been called the Hilton Hotel, with its bar or a boutique gym. The only difference is that this is a licensed sex on premises venue,” says Gardner.

Come In For Fun, Stay For The Comfort

There are many regular patrons who come in to meet, hang out and make new friends at the fully stocked and licensed bar and cafe or in the courtyard.

“It’s got a very Romanesque feel to it,” says Gardner. “It’s the sort of place where you can come and feel very comfortable, very safe and it’s very discreet.”

According to Gardner, the clientele over the past two decades has remained pretty much the same but things are slowly changing and Wet On Wellington is evolving as well.

Rising Up After The Lockdowns

“Pre-Covid on weekdays from Monday to Thursday, the clientele was mainly men who do not identify as openly gay. So, it’s married men with families, who sneak in, do their stuff, feel comfortable and leave. There are regulars who visit once a month. On the weekends, it’s primarily probably 95% full on gay –  gay guys walking in from Smith street and straight from the Peel. “

Over the years, there have been challenges, mostly to do with, as Gardner, who was in the bus industry for 28 years describes it, “getting bums on the seats!”

When Wet On Wellington opened in 2001, there were six gay saunas in Melbourne alone, today only four survive, “of which we own three”. The COVID-19 pandemic and lockdowns in Victoria meant that the facility had to remain shut for around a year. “We managed to stay afloat. We’re still standing, we still offer people a nice and safe outlet,” says Gardner.

Post-lockdowns, the big challenge is to get patrons to return and attract a new crowd. “We want people to return and enjoy the sauna, enjoy the security we provide and naturally to enjoy the facilities and the people they get to meet.” says Gardner.

Wet On Wellington besides its regular events like the Speedo party, Nude nights and Bear events, also hosts Ladylike pool parties and Queer pool parties, where everyone is welcome. On the third Monday of every month, the sauna also hosts its very popular male and female swingers parties.

“We do cater for a bigger and different clientele than when we first opened, when it was all about just being a sex on premises venue,” says Gardner.

To celebrate its 21st birthday, Wet On Wellington has special offers and prizes for its loyal customers. This includes discounted $20 entries on weekdays from Monday to Thursday for all visitors.  There are also prizes to be won, every person to enter will go into draw to win a three nights stay at Turtle Cove Resort Cairns including airfares for two people and loyalty cards with 10 free entries, which will be drawn at 4pm on Sunday 10th April by a special guest.

So with apologies to our patron saint George Michael: Let’s Get Inside!

Next post Newtown’s Bedford Square To Be Renamed 'Pride Square'