In this special feature, the Star Observer profiles five Melbourne-based universities to find out how they're actively becoming LGBTI inclusive. The universities profiled are: La Trobe, Swinburne, RMIT, Monash and the University of Melbourne. ONE of Australia’s most prestigious universities is about to accomplish a rare feat: it will take part in Midsumma festivities for the first time in 2016.

The University of Melbourne is proud to be involved in the Midsumma Festival — one of Australia’s largest celebrations of LGBTI pride — in celebration of the university’s diverse student, staff and alumni members.

The University of Melbourne has a committee of staff and students working on putting together the contingent for the Pride March, and they are encouraging other staff, students, alumni, and their friends and family to get involved or join in the march. 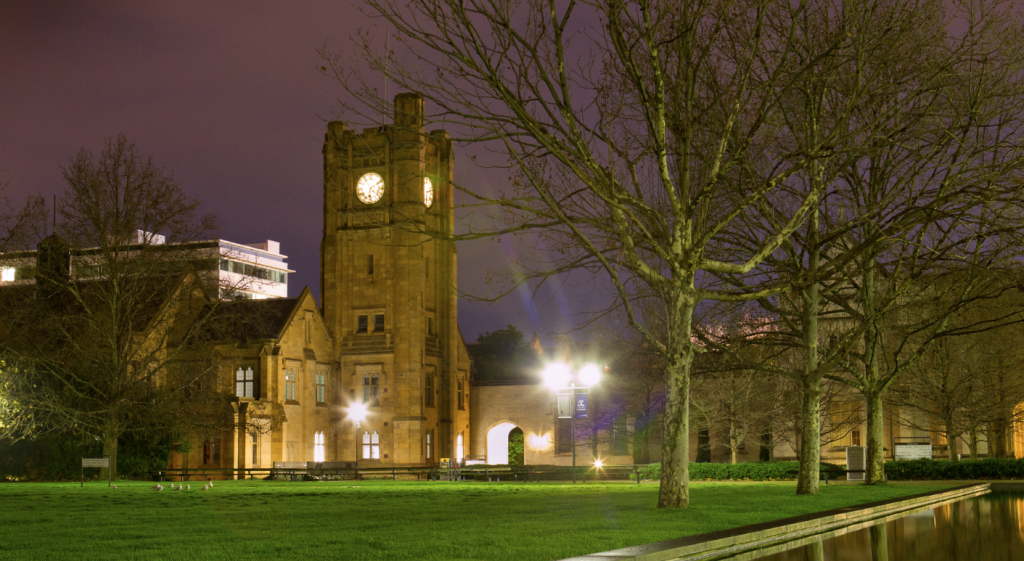 The University of Melbourne’s involvement in Midsumma is the latest in various initiatives already in place on campus to help make it inclusive and welcoming for LGBTI students and staff. The university has over 8000 staff and over 40000 students, and many of them identify as part of the LGBTI community.

Many of its academic staff also work on issues of social equity and inclusion. One of its most high-profile staff members is Dr Ruth McNair, also involved in the Australian Lesbian Medical Association, who has done much work to address course curriculum holes on LGBTI health for medical students. Students graduation ceremony at the University of Melbourne (Supplied photo)

The University of Melbourne also has a Queer Committee plus other LGBTI or queer-centric groups, networks or clubs for staff or students, many of which will be involved in the Midsumma Pride March early next year. There are also a range of support services to students and staff via wellbeing initiatives, such as the dedicated Queer Space.

From an academic perspective, the University of Melbourne also offers a range of subjects exploring gender, sexuality, identity, human rights and equality.

If you would like to take part in the University of Melbourne’s Midsumma Pride March contingent, click here to register.

LA Trobe University takes pride in being the only university in Australia to offer Gender, Sexuality and Diversity Studies (GSDS) as a major within a Bachelor of Arts.

GSDS students focus on a sense of self and relations with others based on gender, sexuality and other forms of diversity – and the interconnection with power, inequality and justice.

They explore how rights, responsibilities and roles in society are gendered and sexualised to the extent that they influence forming relationships, as well as the quality of work, life and play.

PhD student and GSDS tutor Curtis Redd says student learning experiences are unique: “The material is so relevant to everyone’s lives and students come from a range of disciplines. I see students take the analytical tools we give them and engage with their own areas in surprising and exciting ways, and in turn my research benefits from this exchange of ideas.” La Trobe students say the GSDS major has given them a confident new outlook:

“This sense of belonging gave me a new-found confidence to approach the world differently.”

Ellen Munro agrees: “GSDS has helped me develop the tools and confidence to not allow myself to be silenced but to call out injustices in the ‘everyday’.”

MONASH University’s Law School is one of the very few institutions in Australia, and the only one in Victoria, that offers a subject focusing on sexual orientation, gender identity and the law. Monash University commemorates IDAHOT with the raising of a rainbow flag. (Supplied photo)

Elke Nicholson has just completed the coursework component of the Sexual and Gender Minorities and Human Rights Law subject.

“The course is a comprehensive and questioning examination of LGBTIQ legal protections both in Australia and internationally,” she said.

“Paula Gerber… is a passionate educator and prolific writer on laws affecting LGBTIQ people globally. Having a powerful advocate for LGBTIQ rights such as Paula within the university can have a profound impact on the experience of LGBTIQ students.

“Paula’s visibility offers encouragement, reassurance and a very real example of accomplishment for those students seeking a career in world that is not always LGBTIQ-friendly.”

In addition, Monash also has a Queer Mentoring Program and a Queer Leadership Scholarship, that provide great support and direction for LGBTI students.

RMIT: A pioneer in pride

RMIT is billed as one of Australia’s original tertiary institutions, so it comes as no surprise that its Pride Mentoring program was also the first LGBTI mentoring program run by an Australian university.

Established in 2012, the program now has more than 150 participants, of which around 100 are engaged in a mentoring partnership.

Pride Mentoring was designed to address issues often faced by young LGBTI people entering the workplace who, according to the AWEI 2012 Employee Survey, are the least likely to be “out at work” – often because of a fear of repercussions for their career The program also aims to provide current LGBTI students at RMIT with support on a range of issues, as well as a valuable opportunity for industry representatives to access potential future employees.

“Mentors are essential and I intend to be a mentor in the future. I hope to inspire trust and motivate others by setting an example to gay men and others,” one former RMIT student said. Another former student agreed: “My mentor partnership has been invaluable to me both personally and professionally.

“In the spatial industry, which is quite small, it has inspired and allowed me to authentically engender positive emotions that bring out the best in myself. Likewise I feel empowered and mobilised towards achieving a greater purpose.”

RMIT also prides itself on having a Queer Department and dedicated Queer Lounge, as well as introducing gender-neutral bathrooms.

Interested in signing up as a mentor? Visit www1.rmit.edu.au/careers/mentoring for more details. WHEN it comes to supporting its LGBTI and queer-identifying staff and students, Swinburne University of Technology is a leader.

In 2014, it became the first Victorian university to implement gender-neutral bathrooms in which there are now three on the Hawthorn campus. The campaign was led by genderqueer student and Queer Representative Lee Taube and supported by the university, highlighting Swinburne’s willingness to implement student-led initiatives.

The university is also also a leader when it comes to supporting LGBTI issues as a whole and ensuring there is no prejudice, hatred, discrimination or abuse of LGBTI people. For example, in June of this year it became the first Australian university to declare its support for marriage equality via a public letter published on the university’s website. In 2014, the university developed and implemented a Pride @ Swinburne Strategic Action Plan to support the university’s diverse community. The plan identifies initiatives intended to help create a more diverse and inclusive culture by promoting greater visibility and awareness of LGBTI issues that campus staff and students experience.

There is also the Swinburne Queer Department, which exists to provide a fun, inclusive social space for LGBTI and queer-identifying Swinburne students, as well as provide a support network for them whenever it’s needed. In addition, the department aims to advocate, represent, and empower said students, dealing with any issues of discrimination on campus as well as representing LGBTI people within the wider community. “It’s important for universities to be a place for education that is safe and inclusive of all students regardless of gender identity and sexuality,” Lee Taube says.

“In my role over the past two years as Queer Representative, I’ve met many students who had a really difficult time at high-school and experienced a great deal of homophobia and transphobia.

“For some students, university is the first educational institution where their sexuality is not just tolerated but also celebrated.”

Swinburne is proud to play its part in maintaining equity and diversity. It believes providing an environment that is safe, flexible and fair, while cultivating and respecting the strength of diversity, helps to nurture a supportive and inclusive culture for staff and students and the wider Swinburne community.