Julie Bishop and Scott Morrison refused to answer questioning about how they would vote after the plebiscite. 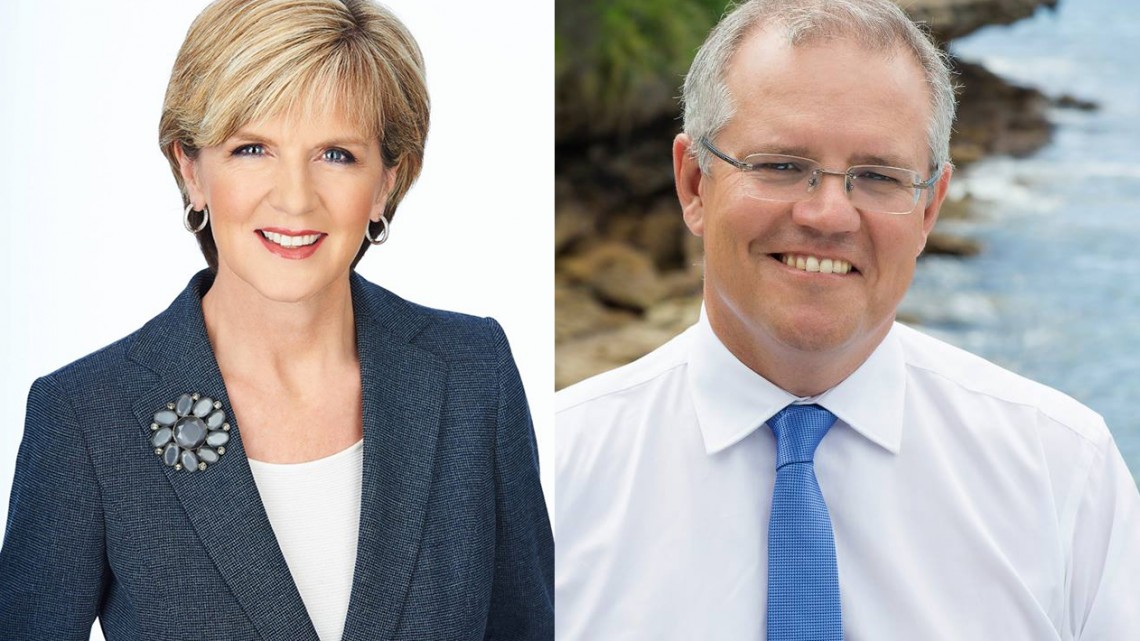 Julie Bishop and Scott Morrison were hesitant to reveal how they would vote.

WITH the real prospect of a same-sex marriage plebiscite on the horizon, politicians are being asked to state how they would vote if the outcome favored marriage equality in Australia.

In the past week, two prominent members of the Coalition have refused to answer the question.

Advertisement
While appearing on ABC’s flagship 7.30 program, Treasurer Scott Morrison was pressed by journalist Leigh Sales on his position on the matter.

“I will respect the outcome of the plebiscite,” Scott said.

“If it passes then the legislation will pass.”

Sales then inquired whether it would pass with his vote. Morrison went on to reiterate his prior remarks.

“I will respect the outcome of the plebiscite,” Morrison said.

“I get to choose the words I use as a politician, you get to use the words you use to put questions, that’s how it works,” Morrison said, when further pressed by Sales for clarity on his stance.

Unlike a referendum, a plebiscite is non-binding – giving politicians the ability to defy the results. Coalition MPs have been promised a free vote on same-sex marriage, no matter the outcome.

Foreign Minister Julie Bishop found herself responding to a similar line of questioning on Lateline..

“Well, that will depend on the plebiscite vote overall, how it’s broken down and what it looks like, state by state, electorate by electorate,” Bishop said.

“Of course, it will depend what the legislation looks like. But I would respect the outcome of the plebiscite, obviously.”

Bishop was then asked if she would be inclined to vote with the majority of Australia or her electorate.

“I would take my electorate’s views into account, but I would also take into account how the plebiscite played out across Australia,” Bishop said.

The Foreign Minister was asked how she would specifically vote, after stating that the results of the plebiscite would be compelling.

“I would wait until I see the legislation,” Bishop said.

“This is all hypothetical. What we have said is we will have a plebiscite so everybody in Australia can have their say and support that and I think that’s a good idea.”

Prime Minister Malcolm Turnbull stated recently that he expects MPs will accept the will of the people.

“I have no doubt that if the plebiscite is carried as I believe that it will be, that you will see an overwhelming majority of MPs and senators voting for it,” he said.