LEO Varadkar, the openly gay son of an Indian migrant, has been elected the new leader of Ireland’s governing Fine Gael party.

His election means Varadkar will be the next prime minister of Ireland, The Sydney Morning Herald has reported.

Advertisement
Varadkar, 38, will be Ireland’s first openly gay leader, its first Asian prime minister, and the youngest prime minister ever.

“If my election today shows anything, it is that prejudice has no hold in this republic,” he said in a speech in Dublin.

“I know when my father travelled 5,000 miles to build a new home in Ireland, I doubt that he ever dreamed that one day his son would grow up to be its leader and despite his differences, his son would be judged by his actions not his identity.

“Every proud parent in Ireland today can dream big dreams for their children.”

However, Varadkar’s opponents have criticised his right-wing politics. Currently the social protection minister, he recently led a campaign against “welfare cheats”.

“Leo Varadkar is a Tory,” said opposition leader Gerry Adams in a statement.

“Fine Gael will be dragged even further to the right under his leadership and that can only mean further hardship for ordinary people.”

People in Ireland and around the world have taken to social media to voice their unhappiness with the new prime minister–elect.

“So much for pro-choice,” tweeted one person, in relation to Varadkar’s conservative policies on abortion.

“He’s gay, the son of an Indian immigrant, and he eats poor people alive,” wrote another.

So much for pro-choice. "I don’t agree with abortion on request," says Leo Varadkar, soon to be PM of Ireland. Still proud of him, liberals?

This is Leo Varadkar. He's gay, the son of an Indian immigrant, and he eats poor people alive.
pic.twitter.com/hAleWl1P8K

How often do we have to emphasise that VARADKAR'S APPOINTMENT AS TAOISEACH IS NOT A PROGRESSIVE THING?

Varadkar is set to become the new prime minister when Irish parliament next sits on June 13. 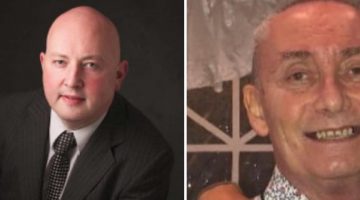