Australian Pride in Sport Awards to return to Melbourne in June

"The Pride in Sport Awards allows us to celebrate the outstanding achievements of clubs and individuals in improving and promoting LGBTQ inclusion within Australian sport." 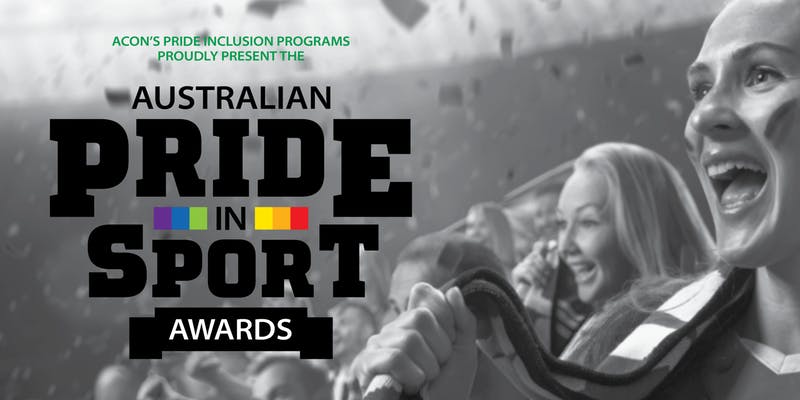 The second annual Australian Pride in Sport Awards will return to Melbourne in June to celebrate LGBTI inclusion in sport.

The awards recognise outstanding achievement in sport, both on and off the field, and are produced by ACON’s sporting inclusion program Pride in Sport.

Cricket Victoria, the NRL, the National Water Polo League Pride Cup and Shield and the Commonwealth Games were also among the mainstream sports bodies recognised.

The 2019 Australian Pride in Sport Awards will take place on June 12 at Cargo Hall in Melbourne, emceed by SBS and NITV’s Matty Webb, who has also previously featured on a Star Observer cover.

This year’s awards will feature a range of leading sporting and community figures, including Pride in Sport patrons Alex Blackwell, a World Cup and Ashes-winning cricket captain, and former Olympic swimmer Daniel Kowalski.

Funds raised from the awards go towards supporting efforts to expand LGBTIQ inclusion in Australian sports.

“I have been lucky enough to play my chosen sport of cricket with a powerhouse nation of the game,” Blackwell said.

“In my experience, enabling visibility of LGBTQ people in sport is essential in driving the narrative for the change we need in sport and society.

“Positive LGBTQ visibility in sport sends a clear message to our up and coming athletes who may be struggling with their sexuality and/or gender identity that they are welcome in sport just as they are.

“Having participated in the positive changes cricket has made to respect and celebrate women, I am now proud to be a patron of the Pride in Sport program that will help create safer and more inclusive environments for LGBTQ people in all Australian sport.

“With the PSI we have a real opportunity to be the world leader in this space,” said Blackwell.

Co-founder of Pride in Sport and the Pride in Sport Index Andrew Purchas said the awards builds on progress in achieving LGBTQ rights and ongoing work in making sporting arenas, fields, and spectator stands more inclusive.

“This year has been a watershed for the LGBTQ community, thanks to the long overdue victory on marriage equality and the unprecedented national visibility – for better or worse – in the national discourse,” Purchas said.

“The focus on LGBTQ inclusion, zero tolerance of homophobia and transphobia, not only within the corporate sector via their diversity and inclusion practices, but also within sport and society as a whole is unprecedented.

“Sport has the opportunity to ensure that this focus translates to meaningful societal change and is not just fad. Sport breaks down barriers. Sport aims to create a fair go for all.

“The Pride in Sport Awards allows us to celebrate the outstanding achievements of clubs and individuals in improving and promoting LGBTQ inclusion within Australian sport,” said Purchas.

The 2019 Australian Pride in Sport Awards will take place on Wednesday June 12 at 6pm at Cargo Hall in Melbourne. For more information, click here.