The Family Law, written by openly gay writer Benjamin Law, will stream its first episode on Facebook before hitting the TV screens on SBS. A HIGHLY anticipated Australian TV show about a gay Chinese-Australian teenager growing up in Queensland will stream exclusively on Facebook before it hits TV screens.

The Family Law, based on the book of the same name by openly gay writer Benjamin Law, will stream its first episode on Facebook for one weekend only from 5pm on Friday, January 8 until midnight the following Sunday before it airs on SBS on Thursday, January 14.

“As audiences move more freely between platforms and devices, we as a broadcaster have to move with them,” SBS Director of TV and Online Content Marshall Heald said.

“We are constantly looking for new and innovative ways to bring SBS content to all Australians, and Facebook offers such a unique one-to-one viewing experience.” Benjamin Law on the set of the SBS TV show, The Family Law.

For Sydney-based Law, the TV show is an extension of the inspiration of much of his writing over the years, his family, who over time he realised were great comedic fodder.

Set in Queensland, The Family Law tells the story of Chinese migrants through the eyes of their 14-year-old son, Benjamin.

“I’ve been writing about my family for a while in Frankie (magazine),” Law told Star Observer.

“When I started writing for them, everyone was given an assignment, about the best and worst advice from their mum.

“A lot of us spend our teen years thinking our parents are mortifying, and they are, but with distance you realise they can be funny in the right way.” The first scene of The Family Law recreates a real-life moment of Law’s mother describing the labour and birth of her children and what it did to her vagina.

“When it happens you just think you want the ground to swallow me up and kill me now,” Law said.

“But you become an adult and the embarrassment fades and it’s fascinating.” Law, who was “aware of it (being gay) since birth”, said The Family Law isn’t a show about coming out per se.

“[14-year-old Benjamin] hasn’t come out officially and when you watch the show as an adult it’s very clear,” Law said.

“He’s spying on the neighbours who are perfect in every way, who he hates but is fascinated by and he spies on the sister taking her top off, but then his gaze moves on to the brother. 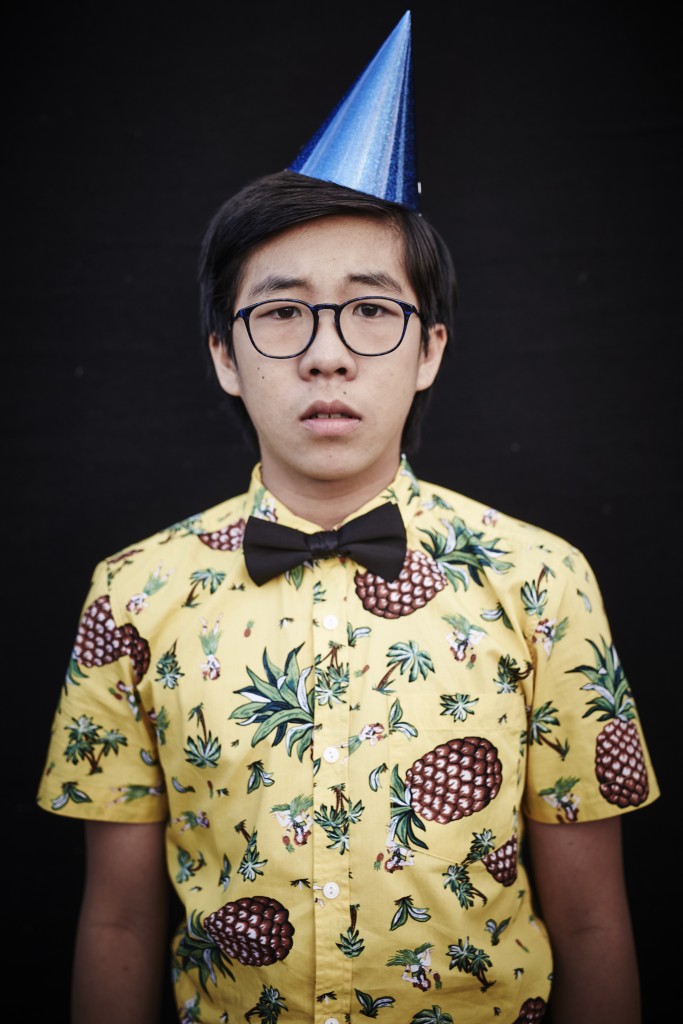 Law said the show was about identity and he was glad it is the first Australian show about a family with Asian heritage.

“Our show is an Australian story about marital breakdown and just happens to be about a Chinese family.

“We are not ignoring race, but this is not a show about race.

“I grew up not seeing anyone like me on TV… one in 10 Australians comes from a non-Australian background, but we don’t see that on screens.

“We flipped that and nine out of 10 on screen are not white.”

The Family Law will stream online for a limited time on Facebook from 5pm on Friday January 8 before airing on SBS on Thursday, January 14 at 8.30pm.