"This will be a really close contest between the Liberals and the Greens – last time we got an 8.5 per cent swing, and this time we need less than that." 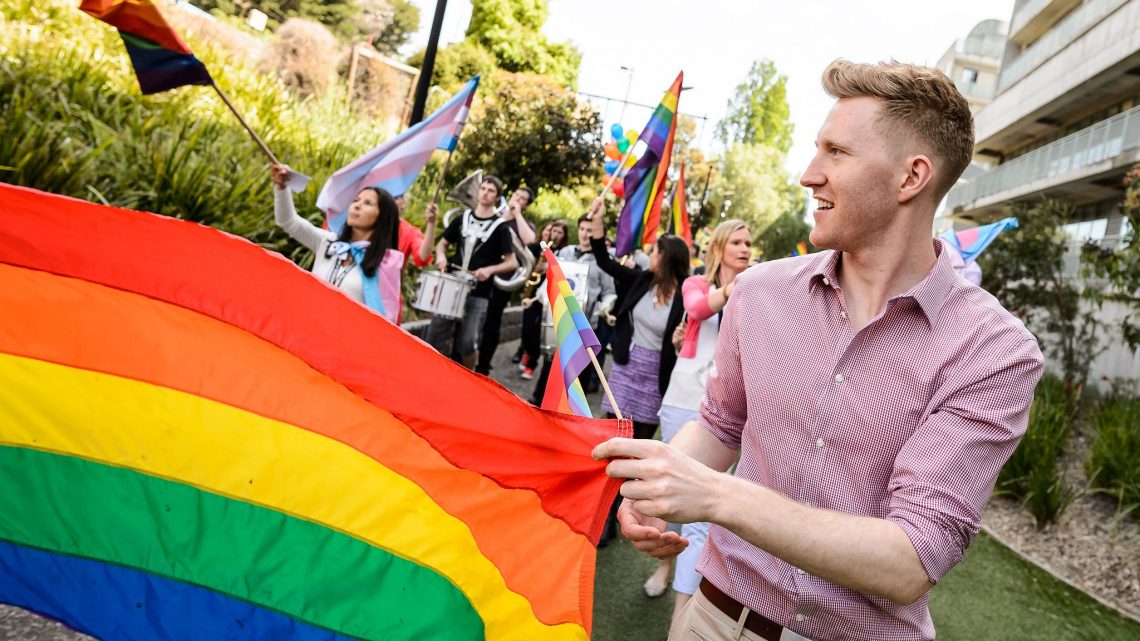 When Greens candidate Jason Ball ran for the federal seat of Higgins in 2016, he turned what was a once-safe Liberal seat into the only marginal Greens-Liberal contest in the election.

Despite ultimately losing the seat that year, the Greens gained a massive 8.5 per cent swing against the then-Liberal incumbent Kelly O’Dwyer, in what almost disrupted the historically blue-ribbon seat.

Advertisement
Now, with just one week to go until this year’s federal election, Ball believes it’s time for Higgins to turn green, as he gears for another tilt at parliament.

“This will be a really close contest between the Liberals and the Greens – last time we got an 8.5 per cent swing, and this time we need less than that,” he told the Star Observer.

This year, Liberal candidate Katie Allen and Labor candidate Fiona McLeod will run up against Ball in the election, for a seat that has been blue since its birth in 1972.

Ball said he learned a lot from the 2016 election, and as a result has spent much more time this year actively speaking to prospective voters, who he said have routinely cited climate change and the economy as the issues they’re most concerned about.

“The Liberals talk about climate change and the economy as though it’s a choice between one or the other,” he said.

“But these two things are linked – a strong economy needs a safe climate, and, as economic bodies have pointed out, climate change is one of the biggest risks to our economy.

“We know there’s going to be over 180,000 jobs in the renewable energy sector, and we have the technology to reduce our emissions to be one hundred per cent renewable by 2030… what we’re lacking is political will. The Greens are the only party with an ambitious, fully-costed plan to transition Australia to a jobs-rich renewable future.

“Climate change has never been a more pressing issue than it is right now, and the mood on the ground is one for change.”

When it comes to LGBTIQ+ priorities this election – particularly around the issues of religious freedom and inclusive education – Ball said the Greens have a proven track record of standing by LGBTIQ+ people every time a community issue is raised in parliament.

“On all issues of LGBTIQ+ equality, you know the Greens are going to be a voice for our community,” he said.

“And here in Higgins we have the chance to elect them.”

Ball said that despite Labor’s commitment to protect LGBTIQ+ students and staff from discrimination in faith-based schools, the party’s actions have proved less staunch.

Earlier this month Labor was asked to clarify its stance on removing anti-discrimination exemptions for religious schools, after Deputy Leader Tanya Plibersek told a forum that religious schools should be able to hire staff in line with their values.

“The Greens have long called for reform in that space, and it was the Labor Party who voted against the Greens’ bill in the state government here in Victoria,” he said.

“It makes it clear that we need the Greens who you know will stand up for equality with every MP – every vote, every time.”

Despite ongoing support from the Victorian Government, the Safe Schools program has been federally defunded, leaving schools outside of Victoria without an explicitly LGBTI-inclusive program to stamp out homophobic and transphobic bullying.

Ball said it was “disappointing” that the program was defunded by the Liberal Party, and added that federal Labor are yet to come to the table and offer any funding in that area.

“We would support any program that supports LGBTIQ+ kids in schools, and that educates teachers on how to stamp out bullying,” he said.

“But that’s something that will have to be worked through with the LGBTIQ+ community and educators in the post-Safe Schools world we live in.

“I think both the Liberals and Labor have been spooked by the culture wars that were ignited under the Safe Schools Coalition, where we saw a lot of misleading attacks against the program. But the Greens are never going to shy away from equality when it becomes too difficult.

“We’re lucky in Victoria, but that doesn’t help the other states, so we need federal leadership on the issue.”

Higgins will be one of the most tightly contested seats come election day on Saturday 18 May, and Ball said it might just be the Greens’ year.

“I think that this is the best chance we’ve ever had to win the seat of Higgins for the Greens,” he said.