Will Hay stack up for Mr Gay Pride? 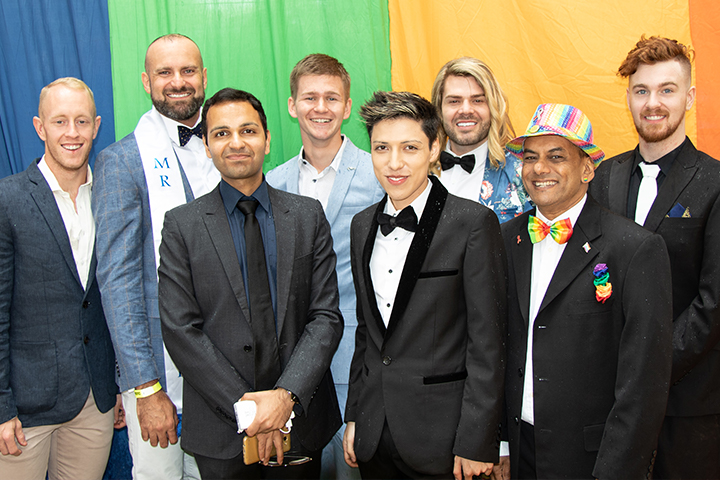 Mr Gay Pride Australia is preparing to ‘go bush’ by taking the finale of the 2020 competition to the NSW Riverina town of Hay in March.

Halfway between Mildura and Wagga Wagga, on the banks of the Murrumbidgee River, Hay is one of Australia’s leading wool growing regions with a reputation for bush-hardened conservatism.

But since first hosting the Rainbow on The Plains Festival three years ago, the town has become a regional oasis for Australia’s LGBTIQ community.

Hay Mardi Gras chairperson and Rainbow on The Plains founder Krista Schaade has watched the festival go from strength to strength, in a town where the annual Bachelor and Spinster Ball (B&S) has traditionally been the main event on the social calendar.

“We were really overwhelmed with how positive people were and how quickly it was embraced,” Schaade says.

“It was just going to be a one-off for the fortieth Sydney Mardi Gras and a little bit of a local fundraiser, and straight away, people said, ‘oh, when’s the parade? When’s the party?’”

Now in it’s fourth year, Mr. Gay Pride Australia pits nominated delegates from across the country in a series of online and offline challenges to help find the next LGBTIQ leaders in Australia.

The event organisers elect an annual LGBTIQ community event to host and accommodate the finale weekend.

With the success of The Rainbow on The Plains Festival and a hint of serendipity, Hay’s backdrop of wheat fields and shearing sheds will now host up to a thousand revellers over the three-day celebrations.

“Like everything else with this festival, we fell into it, for want of a better word,” Schaade says.

The three days of festivities will also bring much needed financial aid to a town battered by drought.

“I think that’s going to be more important than ever as we go into another year of drought,” Schaade says.

“So if we can take a little part, you know, three days out of the start of the year and try and build up people’s resilience and give them an excuse just to kick back and have a party, I think that’s going to be positive.”

When asked to summarise what to expect on the last weekend of March, Schaade evokes a lofty ambition for the small town.