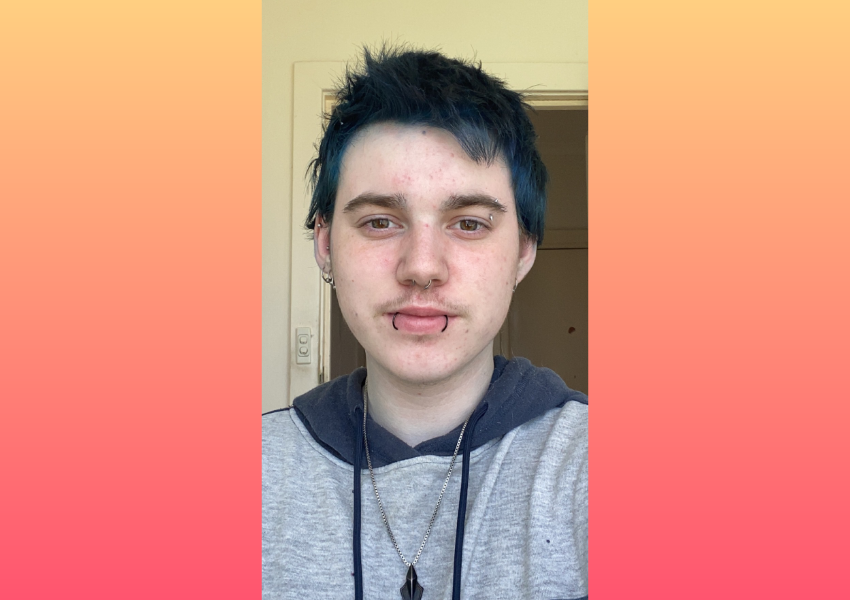 In a world where technology is everywhere and people are more accepting than ever, coming out is still one of the hardest things a queer person can do.

When I first explored my identity, I told myself I would never come out. Instead, I would live my life authentically as a queer, asexual, polyamorous Transgender man.

I slowly came out over time. First, I told my close friends, who accepted me straight away. I then began to make new friends with other queer people online, who helped me figure out who I am.

‘I Always Knew It Was Going To Be Hard’

In 2018 I downloaded TikTok to watch other people and to have a hobby in my downtime. This grew to me becoming a content creator where I post about my journey – from coming out, to starting testosterone, to getting help to crowdfund top surgery next year. But with the good came the bad.

Some people that knew my mother went against my wishes and outed me to her. It hurt so immensely because I knew she would not accept me, and I was right. When I told her “I am trans”, she at first acted as if it was ok. But ever since then, she has not respected my identity.

My father also found out I am trans when a friend outed me to him. He then went and told his friends, “I still class her as a woman, even though her voice sounds like a boy.” I always knew it was going to be hard, but nothing could have prepared me for the hurt I felt.

‘I Want My Parents To Know The Real Me’

Since neither of my parents accept me, I leave any conversation about myself at the door anytime I see them. This is disappointing because I want my parents to know me, the real me. Not the person they want me to be.

During the end of 2019 I decided my parents decisions weren’t going to dictate my life. My feelings and emotions were mine. If I want to cut my hair, and dress masculine then that is on me. This helped significantly with my mental health. I was able to express myself and be happier instead of keeping all of my emotions bottled up.

I found my real family online. Older queer people became my ‘parents’, and I became a ‘dad’ to younger queer people. I found strength through them.

When I became an influencer on TikTok, I became friends with people like AJ Clementine, an LGBTQI model and activist. AJ has helped me be proud of who I am. Thanks to her I am no longer afraid to be myself. I strive to use my platform to help other people like me, and provide a safe space to anyone.