Sometimes the world just doesn’t make sense. A film featuring consensual gay sex gets banned but the news reports real life sexual assault in graphic detail for anyone to see. I know what I find most disturbing.

When the Australian Classification Board banned Travis Mathew’s film, I Want Your Love, for its “explicit sexual content” last month – AKA two happy, healthy dudes fucking – they’d come to the conclusion that the six minutes of graphic sex in the film fell “outside generally accepted community standards”. Those are the words the Board uses to describe material that is refused classification, which means it can’t be shown.

I haven’t seen the film so I can’t comment on how full on it is, but I’d imagine anyone interested in watching a film about a bunch of gay dudes in San Fran would know what they were getting themselves into, which is exactly why they’d want to see it. I doubt you’d get nuns, families, Bob Katter or anyone else likely to be offended by guys shagging, lining up for tickets.

The news, on the other hand, reports information to the whole community 24/7 via a variety of platforms. There are no classification guidelines, age restrictions or rules, other than a code of ethics, to ensure that journalists respect the rights of others when reporting.

Don’t know about you, but I was pretty grossed out to read/hear/see the rolling coverage of the Jill Meagher case last week, as news organisations armed with fresh information and “previously unseen CCTV footage”, reported a graphic, minute-by-minute account of a woman being raped and murdered.

The Jill Meagher tragedy shocked us all. It’s rare that news like this feels so close to home, so we were all hungry for information in trying to get our heads around how and why it happened.

But once I knew that some prick had been charged with what we all feared had happened, I didn’t need to know much more.

For me, hearing gratuitous details about what he did to her body, falls outside what I’d consider “generally accepted community standards”. It made me feel queasy. The Jill Meagher case is playing out like an episode of Law and Order: SVU, except it’s real – and news organisations can’t wait to bring you the next juicy installment. Something is wrong here. Can you imagine how her family is feeling?

The public’s right to information is a fundamental principle of journalism, but what about duty of care? Any kid can jump online and read about the horrors of real life, and yet an adult is denied the opportunity to watch a gay-themed drama at a film festival – I don’t get it. 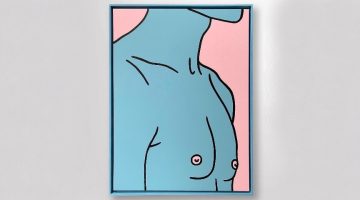 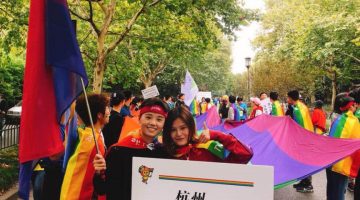