Treat yourself to Self-Care with a #MinorityCelebration 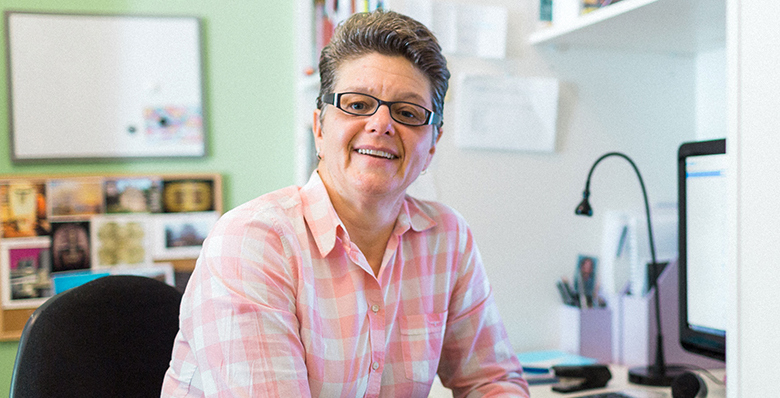 Jac Tomlins is a writer, trainer and advocate. Photo: supplied.

It’s not often a Facebook post stops me in my tracks, especially one that’s only a few lines long. And rarely does it keep me awake at night while I try to unpack exactly what it means. But this one did. It was just a gut feeling at first, a sense that it said something – did something, in fact – that was different, rare, radical even. I knew I liked it – actually, that’s an understatement – I f**king loved it! But it took me a while to fully understand why I loved it and, since then, it’s been dancing around my head and it won’t go away.

A few weeks after the post, I attended the National Suicide Prevention conference in Melbourne to hear Ilan Meyer, the American academic and social psychologist who developed the concept of Minority Stress. Meyer argues that LGBTIQ people experience a particular form of stress that results from living with on-going, daily discrimination and homophobia – the never-ending commentary about how we are bad or wrong. It’s also about the anticipation of that discrimination and homophobia.

So it’s not just all the s**t that’s actually happened to us, but the fear of what might happen in the future. How many of us have stepped onto a tram, walked into a pub, or entered any public space and made a quick, silent assessment of our safety? How often do we check how we look, the expression of our gender, before we leave the house in the morning? And how many queer teachers in religious schools right now are starting the week with an increased level of anxiety?

We are so hyper vigilant, so much of the time, we don’t even realise we’re doing it any more. But over time that experience takes its toll and starts to have a negative impact on our health and well-being. Much of my work as an advocate and consultant is informed by the concept of minority stress; it’s helped me understand more about the mental health of our community and about my own mental health.

My arresting Facebook post was the opposite of minority stress. It was fun and affirming, but more than that, it was bold and irreverent and audacious, and it made me feel really good about being gay. It was about doing something extraordinary because of our sexuality; it was like a kind of minority celebration.

After her team’s 2-0 victory over France in the recent women’s world cup, Megan Rapinoe, the out lesbian captain of the US side said: “Go gays! You can’t win a championship without gays on your team. It’s never been done before. That’s science right there.”

Rapinoe had just scored the two goals that would take her team to a world cup final so I get she was excited, but this was more than excitement. Rapinoe was suggesting that in order to accomplish this remarkable feat, in order to become champions of the world in an elite sport, you needed lesbians. More than that, in fact, it was impossible to achieve this remarkable feat without lesbians and, if anyone should doubt that, there was evidence, science no less, to prove her position. It wasn’t just that there were lesbians on the team who helped that team to victory; it was that the team was victorious because those players were lesbians.

Like, who says that?! I mean, who even says it quietly in the privacy of their lounge room, let alone on a world stage, literally, to the world’s media. Like, seriously, who? For me, it was a game-changer, and it got me thinking.

I’ve been an LGBTIQ advocate for 30 years and in all that time I’ve been defending our position, defending. We, the queer folk, are just as good as you, the straight folk. Our relationships are as good as yours; we can practice our faith just like you; our kids do as well as your kids – or whatever it is. The best we can do is reach the standard of the straight folk; demonstrate that we are as good as them, that we are, in fact, equal to them.

But what if we’re not always as good as, not always equal to? What if, sometimes, in some situations, we’re…wait for it…better!? Better than straight folk. And what if, sometimes, being L or G or B or T or I or Q is better than being straight? What if there is inherent worth and value in our gender identity or sexuality? What if, rather than telling young people It gets better, we tell them, It gets frickin’ awesome!

And what if, every now and again, we say: I absolutely love being gay [insert own descriptor] and I wouldn’t be straight for all the world. And I feel blessed to have been born this way and to be part of a remarkable community which brings me joy and love and laughter. I know not everyone feels that way, but I wonder if those of us who do could say it a little more often.

So, I’m thinking maybe we need to celebrate more, to rejoice in who we are, and to share that with the world – or at least on social media. And I don’t mean celebrate as in Mardi Gras, or marching at pride, and it’s not about being an elite athlete or doing something extraordinary. It’s about the ordinary, everyday moments in our lives that lift us, affirm us, that make us feel good about queer.

Let’s adapt the concept of minority stress [with respect to Ilan Meyer] and create a new concept of minority celebration; the idea that exposure to on-going, daily suggestions that LGBTIQ people occupy a unique, estimable and indispensable place in the world leads to better health and well-being outcomes – or at least improves our social media feed and leave us feeling just a tad better than we did. So I’ve been thinking about the last month and stuff that’s happened that made me smile or laugh or feel good, my moments of #minority celebration. Here goes:

I had a visit from Declan, a young friend of my daughters whose been hanging out at our house since before Prep. Dex chatted about school and parents, and about his Instagram account which he loves – GlammByDeclan Just a boy playing makeup – and his 11k+ followers. Small make up companies have started to send him samples to use in his videos and that’s pretty exciting. #minoritycelebration

I sat in a room and listened to a group of trans parents talk about their families and kids. They spoke about some of the unique qualities of being a trans parent and the positive impact of that on their kids, and on their local and school community. One parent told a story of how a school mum said she thought it was great that her daughter knew someone who was trans, that she had a ‘tangible example’ of someone in her life. #minoritycelebration

I had lunch with a group of very out and very proud queer staff at my workplace. I was feeling pretty average and they picked that up and knew why without me having to explain. They gave me hugs and said nice things and we spent the next hour talking LGBTIQ inclusive practice and strategising about how we could employ more queer staff. #minoritycelebration

Now, I know all too well that the mental health of our community is worse than the straight community, and that our suicide rate is much higher. My own mental health, like that of many others right now, has taken a hit as a result of the past couple of years – the marriage equality campaign and the brutal postal survey. Almost everyone I speak to has a story about the impact of those three months, and many are still dealing with the fall out even today.

I’m very careful these days about how I consume media, especially social media. I know all the terrible things that are happening to our community around the world, and that some guy who’s getting a lot of air play thinks we’re all going to hell. This is not news and I don’t need to read it over and over. Megan Rapinoe’s post caught me off guard because it is so very rare to read about someone celebrating the unique worth and value of being a lesbian, of being queer. It made me feel good; it really did, and for days after. I needed that and I figure maybe other people need that too.

So how about if we see something, or something happens in our day, that makes us feel good about being LGBTIQ, we share it with the #minoritycelebration. Tag me and I’ll share it too. Then maybe in between all the grim posts, all the doom and gloom, something will shine out and sparkle and make us feel good. I’ll kick off (sorry, couldn’t resist it) by pointing you (well, mostly the lesbians) in the direction of the #USNWT Instagram account – lots of gorgeous, fit women showing off and celebrating. I can recommend it. Enjoy!

Jac Tomlins is a writer, trainer and advocate.

Next post Editorial: What is this “religious freedom” debate really about?

About the Author Jac Tomlins