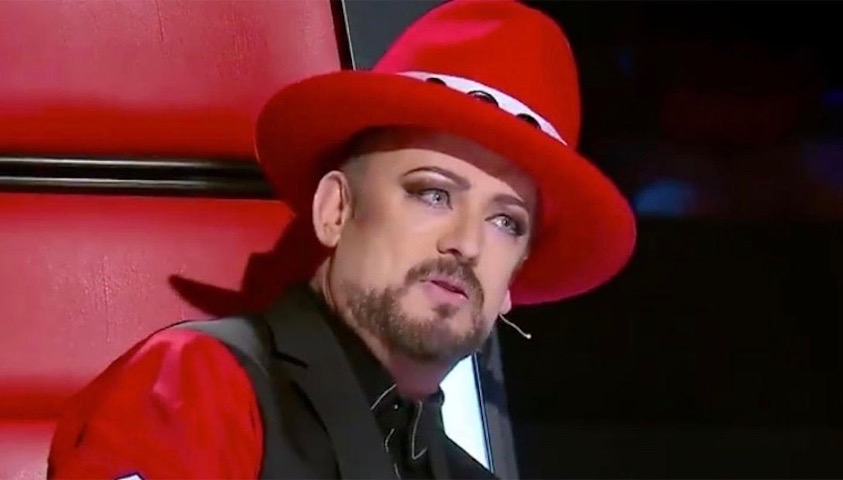 Boy George has declared that he doesn’t care about the sexual orientation of the actor who plays him in his upcoming biopic.

Speaking to tabloid news website TMZ in West Hollywood on Tuesday night, the singer, songwriter, DJ, fashion designer and author said it didn’t matter who played him, as long as they nailed the part.

When asked by TMZ whether anyone had been cast in the leading role, the Culture Club frontman replied: “That hasn’t been decided yet.”

Pressed on whether he cared if the actor was from the LGBT community, George said: “Not really.”

Explaining further, he continued: “It would be the right person for the right moment, equality means equality for everyone, even normal people.

“You can’t just choose people to be more equal than others, everyone has to be equal.

“You weren’t expecting [that response] were you?” he added.

George’s comments come in the wake of controversy over Taron Egerton, a heterosexual actor playing a gay man in the Sir Elton John biopic, Rocketman, which was released in May.

“That’s all bullshit, I’m sorry,” he told The Sun newspaper.

“If people don’t like it, review-wise, or it doesn’t make one dollar, it’s the movie I wanted to make and that’s all that counts.”

The upcoming Boy George biopic and Rocketman, which was a huge critical and commercial hit, follow the runaway success of Bohemian Rhapsody, last year’s biopic about queer musician and Queen frontman, Freddie Mercury.

Next post Alex Greenwich's abortion bill made law in NSW