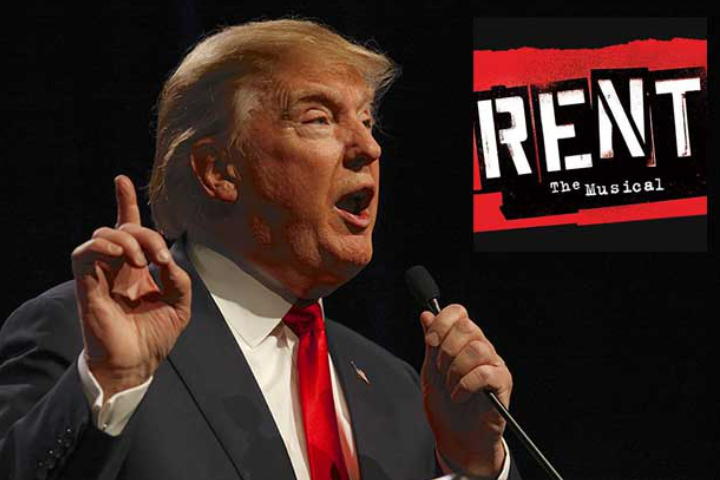 In a world where it feels like it’s been 525,600 YEARS since Donald Trump lost the US Presidency to the Biden/Harris ticket in the presidential election, the talented team at ‘The Gregory Brothers’ released a quick snippet of Mr. Trump’s now notorious phone call, set to the song Seasons Of Love, from the popular musical Rent.

Donald Trump’s hour long phone call with Georgia officials took place on Saturday, January 2 and it’s subsequent leaking has lead to widespread outrage from both sides of the aisle. The Gregory Brothers have wasted no time in throwing together a short clip of excerpts from the call, set to the sounds of iced tea being stirred, I mean Seasons Of Love.

The first iteration of their work received over 2 million hits in short order and they quickly set to work doing a longer version, which was released early on Wednesday, January 6 (AEST).

The first version of the song was seen and appreciated by Rent royalty and cast member of the original 1996 Broadway production, Anthony Rapp, with Rapp retweeting and noting that the composer of Rent, Jonathon Larson would have “HATED Donald.”

I think it’s safe to say that Jonathan Larson would have been very proud. He was intensely political, and would have HATED Donald. I love this. https://t.co/4sidlTP50E

Jonathon Larson passed away unexpectedly at the age of 35 on the morning of Rent’s first preview performance off Broadway.

The phone call in question wasn’t a spur of the moment decision of Trump’s, as it has since been revealed that the White House reached out to Brad Raffensperger, Georgia’s Secretary of State no less than 18 times since the election, with the at times desperate sounding president obviously now believing the conspiracy theories his aides are offering up.

“Do you know anything about that? Because that’s illegal, right?

“Do you think it’s possible that they shredded ballots in Fulton County? Because that’s what the rumour is. And also that Dominion took out machines. That Dominion is really moving fast to get rid of their, uh, machinery.”

Advertisement
This isn’t the first time that Mr. Trump has been skewered by comedians and other talented creators with recorded phone calls and speeches offering a goldmine of content ideas. If you’re
looking to while away some time pointing and laughing at the Emperor and his lack of clothing, might I suggest Sarah Cooper’s excellent lip syncing videos of some of Trump’s soliloquies?

Or check out the Uber talented Mr. Randy Rainbow, he’s been making content about Donald
Trump for years but really hit some home runs in 2020, including a cameo appearance from the one and only Patti Lupone!