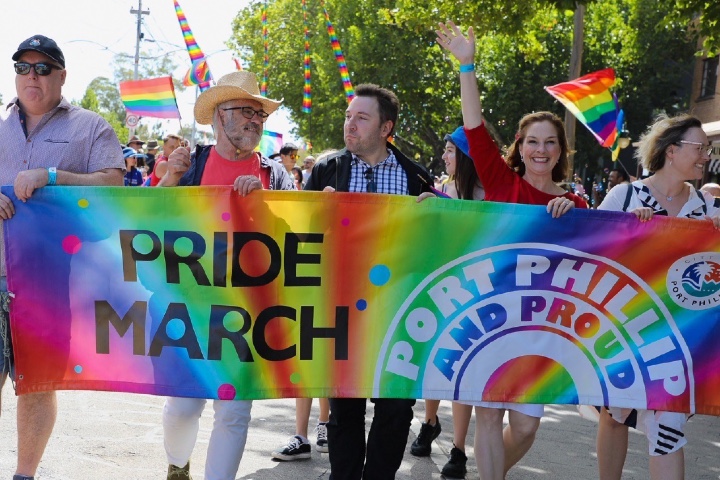 As Melbourne gets ready to kick off Pride celebrations later this month, a local city council has voted down proposals for Rainbow Tick accreditation and the setting up of an LGBTQIA+ advisory committee.

So, recently when a local councillor introduced a motion to make the council’s services Rainbow-inclusive and set up an LGBTQI+ advisory committee, many expected that the proposals would receive overwhelming support from a council that touts itself as an ally.

That was not to be, as the motion proposed by councillor Katherine Copsey faced stiff resistance in the council meeting on April 7 and was ultimately lost because of a split vote.

The outcome of the council meeting was a shock to the councillors who supported the motion  as well as the local LGBTQI+ community.

Surprisingly, before the October 2020 elections some of the very same councillors who voted against the motion, had signed a Rainbow Pledge affirming their commitment to support the issues of the LGBTQI+ community. When it came to acting on that pledge, the councillors seemed to have turned their backs on the community. “I don’t ever want this community to feel their Council doesn’t support them. But after last week, I wouldn’t blame anyone from the LGBTIQ community for feeling like they’ve been taken for granted. That it’s ok to seek their votes during an election but not to deliver when it counts. I’m also concerned that this may be seen as licence to other councillors across Melbourne to break their pledges as well, which would be devastating,” said Baxter who had supported the motion.

Copsey’s motion introduced at the April 7 council meeting had five points from the Rainbow local government.

It asked for commencing the process of obtaining Rainbow Tick accreditation for Council run services, establish an LGBTIQA+ Advisory Committee and create an LGBTQIA+ inclusive action plan, display flags on LGBTQIA+ awareness days and also noted the council’s continued support for and participation in the Pride and Midsumma Festival. The Rainbow Tick accreditation process was estimated to cost around $200,000. Mayor Louise Crawford voted in favour of the motion, deputy mayor Marcus Pearl voted against it.

Star Observer reached out to the councillors, including Sirakoff, Clark and Bond who had signed the Rainbow pledge before the elections,  to understand the reason they voted against the proposal or abstained.

Clark responded saying, “I don’t have any response regarding your article”. We will update this story if and when the other councillors respond.

Eight Out Of Nine Councillors Had Signed Rainbow Pledge

Copsey said she was gutted at the opposition to the proposal, but added that she was “considering options to ensure we see the (Rainbow) pledge actions delivered in Port Phillip soon.”

In a post on social media Copsey said that the result of the vote was “particularly hard to swallow given eight of the nine councillors elected in Port Phillip signed up to the Rainbow Local Government pledge as an election commitment.”

“I am heartbroken thinking of the difference these actions would have made – from giving a voice and channeling the great ideas from the many passionate community members we have from the LGBTIQA+ community through the committee, to ensuring our services keep striving towards best practice in inclusion and specialised training for staff.”

“I was particularly interested in what the report would say about priority service areas for accreditation – our Family, Youth and Children’s services come to mind, surely we want to make these services as welcoming and safe as possible for all young people and their families,” added Copsey.

Niki Giokas, Convenor of the Victorian Pride Lobby, that had launched the Rainbow Pledge initiative,  said that the Port Phillip council should come clean about whether it continues to support the LGBTQIA+ community.

“The outcome of the split means that Council is stuck in a grey zone. We hope that all Councillors can work together to find a way forward in the coming weeks,” said Giokas.

Days before the April 7 meeting, a media report cited Bella d’Abrera, from the Institute of Public Affairs criticising the council for the proposal to spend $200,000 on Rainbow Tick accreditation process to make council services inclusive.

However, the Lobby said that that the proposals to make the council services inclusive were crucial for the post-Covid recovery plans. “We urgently need to establish an advisory committee as a voice from LGBTIQA+ residents and businesses to Council. An advisory committee can champion post-COVID economic recovery initiatives, new funding opportunities, and greater inclusion in the city, attracting visitors from all over the state to the Pride March and Pride Centre. That Council ruled this out is disappointing but we hope that Councillors will work together to get this back on the agenda, and soon,” said Giokas.

Councils On The Rainbow Path

Following the elections to the local councils in Victoria in October 2020, around 29 openly LGBTQIA+ councillors were elected across the state. A large number of councillors had also signed the Rainbow pledges before the elections.

Port Phillip had scored a respectable 3 out of 5 in the Victorian Local Councils Equality Index. The council already flies the rainbow flag for a week during the Pride celebrations, has rainbow tick for its aged services, participates and supports the pride march. However, it does not have a LGBTQIA+ advisory committee or action plan and not all its services have achieved Rainbow Tick accreditation.