A TRANS woman has criticised a hotel for holding an Anzac Day event called 'Tranny Two Up' just metres from where she was violently assaulted. 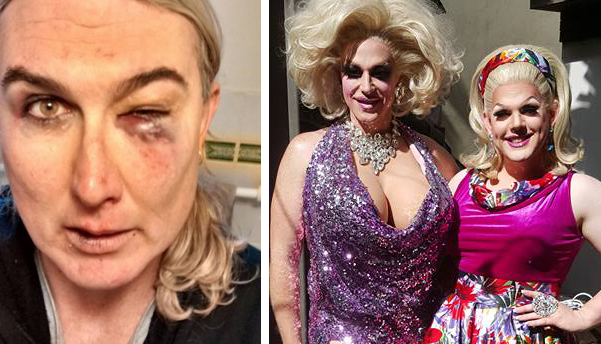 A TRANS woman has criticised a Newtown hotel for holding an Anzac Day event called ‘Tranny Two Up’ just metres from where she was violently assaulted in 2015.

Stephanie McCarthy was left with hearing loss in her left ear and damaged eye sight after she was viciously assaulted by two men at Town Hall Hotel in Newtown. The assault attracted national media attention.

She has criticised Bank Hotel Newtown for holding ‘Tranny Two Up’ on Anzac Day. ‘Tranny’ is seen as an offensive slur by many trans people and activists.

“To the management of the Bank: This REALLY isn’t cool. 50 metres from where I got bashed, on a day when every young guy will be blind drunk,” Ms McCarthy posted on the hotel’s Facebook page.

“Letting these drunk young men know that it’s OK to use highly offensive slurs (slurs that were yelled at me when I was repeatedly getting punched in the head) is just so unbelievably irresponsible, some would say dangerous. But hey, as long as you have a great day financially, who cares right?”

Another commenter pointed out that ‘tranny’ is no longer an acceptable word for drag queens to use.

“Perhaps you could brainstorm your own catchy slur at the next Tranny Bingo night!”

Speaking to the Star Observer, Ms McCarthy described the event as “in incredibly poor taste”.

“Especially after the bashing of Isaac Keatinge – the community has really rallied around him, as they should – it was just absolutely appalling,” she said.

“And after the numerous incidents that have happened in the past year, it’s just phenomenally bad taste, especially on Anzac Day. It’s pretty dangerous when you’ve got a pub full of drunk men, telling them it’s ok to use a slur like that.”

The Bank Hotel Newtown is running “Tranny Two Up” today, run by drag queens. 50 metres from where I got bashed. Real classy.

Star Observer has contacted the Bank Hotel Newtown for comment.