Legal action against 25 people over ‘hate speech’ during postal survey

"We are taking this action against people who think 'it's ok to say no' means it's ok to say 'burn the faggots' or 'Hitler had the right idea about homosexuals, burn them'." 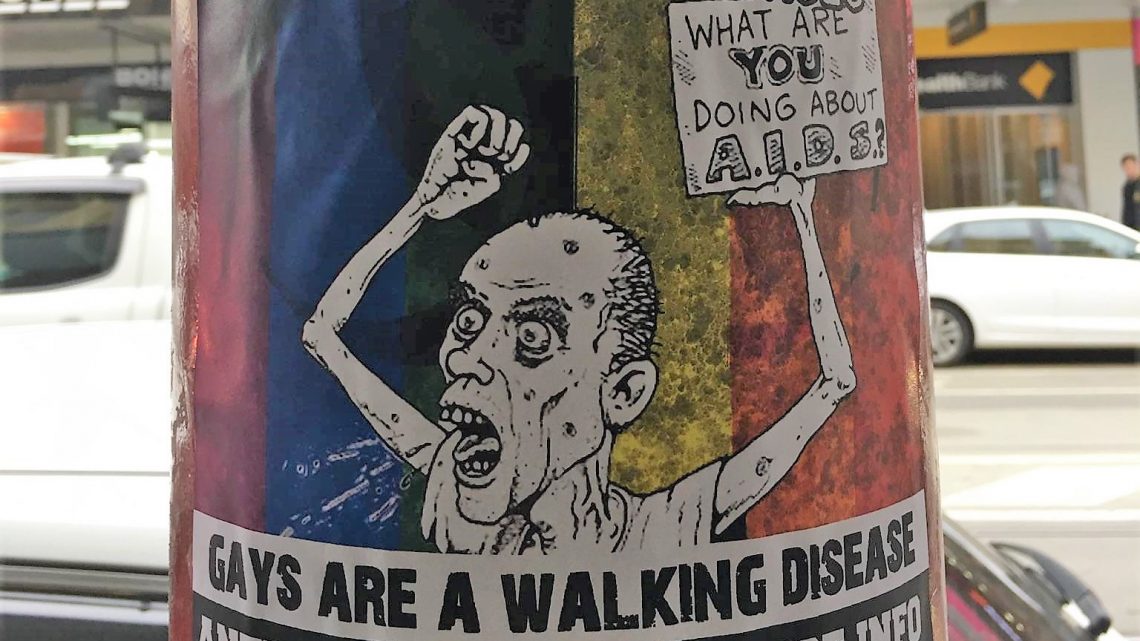 A complaint of vilification has been filed against 25 people who engaged in public acts of alleged hate speech during last year’s postal survey on marriage equality.

The Brisbane-based LGBTI Legal Service received funding from the Queensland government last year to monitor and bring to account the use of unlawful hate speech during the postal survey.

Advertisement
Today’s filing is the result of that monitoring following the collection of over 220 examples of alleged hate speech.

Some of the examples include social media posts as well as the hideous posters distributed by neo-Nazi groups during the survey.

From those, the most severe examples were selected to sue under Queensland vilification laws which prohibit publicly engaging in hatred towards, serious contempt for, or severe ridicule of someone for being LGBTI.

Queensland’s vilification laws make the distinction between hate speech and free speech, acknowledging the damage that can be caused by the former.

President of the LGBTI Legal Service Matilda Alexander said today’s filing was a chance for the LGBTI community to fight back.

“To those who would publicly vilify and condemn us for our simple acts of love, we say enough is enough,” she said.

“We have been shamed, shunned and looked down on for too many years.

“We have protections in the law and today we will use those legal protections to fight back.

“We lodge this action on behalf of the lesbian, gay, bisexual, trans, gender queer and intersex communities around Australia who endured hatred during the postal survey. We stand with you and we stand up for you.

“We are taking this action against people who think ‘it’s ok to say no’ means it’s ok to say ‘burn the faggots’ or ‘send poofters to their own island’ or ‘you are all getting rooftopped’ or ‘Hitler had the right idea about homosexuals, burn them’.

“These shocking comments are hate speech and today we are holding the perpetrators to account.

“The postal survey opened the door to homophobia and vilification being expressed under the guise of legitimate debate. This case will close that door.”