Throughout the month of June we will be commemorating Pride Month in our own ways. However, if you are looking to get fully immersed in the community then Sydney Gay And Lesbian Mardi Gras have just the event for you. The Mardi Gras Pride Weekender is set to take over the iconic Sydney venue, The Metro Theatre.

This two-day extravaganza features four fabulous events designed to get you singing, dancing, thinking, laughing, and most importantly, celebrating!

Mardi Gras CEO Albert Kruger spoke about how the idea for this weekend long event emerged from within the community itself.

“Last year in our largest survey of members and the community, respondents said they wanted more events, more partnerships and more opportunities for our communities to come together to connect and foster self-expression all year round.” With the Pride Weekender being the next step in Mardi Gras’ promise to “deliver even more for the LGBTQI+ community throughout the year.“

The four stellar events for Mardi Gras Pride Weekender include: Get set for a spectacular night of music with the second edition of Express Yourself – Queer Discovery, a joint initiative between Mardi Gras and APRA AMCOS to showcase emerging LGBTQI+ artists. Following the event’s success last year, Express Yourself is back with beloved Australian singer-songwriter Alex The Astronaut headlining a night of incredible live music, alongside four emerging LGBQTI+ musicians.

The emerging artists slated to perform on the night include Sydney based rapper and producer BVT, Brisbane alternative pop-rocker Hope D, Melbourne electro-pop artist NIK NAVY, and super singer/songwriter duo No Frills Twins from Sydney. Presenter, producer and DJ Faustina Agolley will be on hosting duties for the evening.

Queer Thinking: Religious Discrimination and the Fights Ahead (in partnership with Equality Australia) 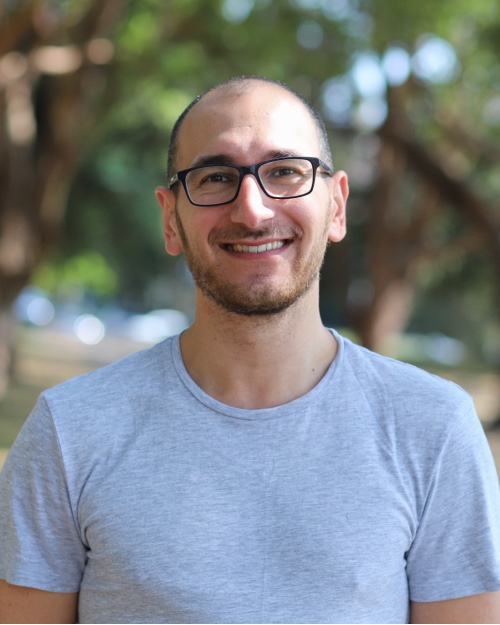 Whether it’s attempts to ‘cure’ individuals or experiences of discrimination at school or work, LGBTQI+ people face threats to their safety and wellbeing every day in the name of religion.

Gather your thoughts and join Mardi Gras in discussion at Queer Thinking: Religious Discrimination and the Fights Ahead, a forum where LGBTQI+ people of faith, religious leaders and activists discuss what it takes to build a strong movement for equality that includes us all. Delve deeper into the world of drag at My Drag Story, an opportunity to go beyond drag in the mainstream and discover what’s beyond the painted façade of our drag community.

Presented by Sydney Gay and Lesbian Mardi Gras in association with FEM Presents and curated by Anthony Carthew (aka Amelia Airhead), My Drag Story is a timely celebration of drag’s subversive roots during Pride Month.

Hear about the lives of some of your favourite drag stalwarts as well as up-and-coming performers including BeeDazzled Shanks, Miss 3D, Dorreen Manganini, Minnie Cooper and Dizzy Bility. Making its grand return in 2021, DJ competition Spin-Off is being reignited in search of Australia’s next generation of LGBTQI+ DJs.

A community favourite since the noughties and 10s, this epic night of electronica promises the perfect mix of nostalgia and new faces. Don’t miss out on a new era of celebrations.

Winners will have the chance to perform at Mardi Gras Party in 2022, with the competition being judged by Australian DJ royalty, including Kate Monroe, Feisty, Seymour Butz and Charlie Villas.

Star Observer spoke with a number of the individuals involved with the various events across the weekend about what Pride means them, the importance of an event like Mardi Gras Pride Weekender, and the challenges that lay ahead for the community.

For emerging artist, and Express Yourself entrant, BVT Pride Month and the Pride Weekender is important because “it is a time to feel seen and heard… Pride Weekender is an important destination event because it has so much to offer. Entertainment, education and a showcase of diverse humans living their truth.”

A sentiment echoed by My Drag Story performer Dizzy Bility, “Pride month was so important to me growing up because even though I lived in a small suburb out west, I felt less alone knowing that there was so many people out there just like me and that there was a whole month to celebrate that!” The Pride Weekender also has extra special significance this year after the COVID lockdowns isolated many of us. “We’ve learnt from COVID that coming together as a community is an important thing that we can’t take for granted,” said Ghassan Kassisieh (Legal Director, Equality Australia) who will be speaking at the Queer Thinking event. “Mardi Gras Pride Weekender will provide an opportunity for us to reconnect and discuss issues that matter to us as a movement of people working for equality.“

For Spin-Off DJ Charli Villas Pride Month and the Pride Weekender are important cause they show the annual Mardi Gras parade “shouldn’t be the only thing that people can look forward to on the calendar.”

The momentous weekend is the first time since the 1980s that Mardi Gras has staged large-scale celebrations for Pride Month.

Mardi Gras Pride Weekender will also mark the grand re-opening of the Metro Theatre since its closure in early 2020.

Mardi Gras Pride Weekender events are on sale now. Ticket can be booked at www.mardigras.org.au