The force is with us

We are witnessing a historical shift in the way the broader Australian community responds to LGBTI inclusion in society.

In a week when US president Barack Obama voiced his long-awaited support for marriage equality while our own prime minister dug her heels in opposition to it, one could be forgiven for thinking otherwise — but the state of the movement for equality as a whole is extremely healthy.

Particularly significant is the way in which people’s attitudes have evolved. Many who were previously opposed to equality in its many forms now support it.

Former Victorian premier and beyondblue chairman Jeff Kennett, who only months ago withstood calls for his resignation after comments questioning the suitability of same-sex couples as parents, recently called for Australians to “lift their game” in response to figures indicating one in three Australians still discriminate against LGBTI people.

Radio host Derryn Hinch, who wrote five years ago that he “had difficulty coping with the non–traditional idea of a marriage between two men or two women”, is today a strong supporter of marriage equality.

Across the country, the 38 percent of the community who supported marriage equality in 2004 have swelled in number to upwards of 60 percent today.

It is personal stories rather than just intellectual arguments about human rights which change hearts and minds. For Obama, it was stories of children at his daughters’ schools with same-sex parents. For Hinch, it was conversations with two heterosexual women — his wife and his ex-wife — which changed his views.

This change of mood has been supported by significant allocations of resources towards LGBTI inclusion and wellbeing. The Australian government recently recognised LGBTI elders as a special needs group under the Aged Care Act, and allocated $2.5 million over five years towards training those working in aged care.

In response to studies confirming the high rates of mental illness in the LGBTI community, beyondblue and the Movember Foundation have each allocated $1.5 million towards a campaign to reduce discrimination and promote better mental health in the community.

Amidst all of this progress, the intransigence of an atheist, unmarried prime minister who campaigned for “homosexual rights” as a student politician in 1984 seems mystifying.

Yet it is not — the prime minister is held in power by the more conservative among the Labor Party and, given an electorate which already perceives her as fickle, she evidently feels a backflip on the issue of marriage equality would damage her credibility further.

We could let this worry us — or we could appreciate the huge strides we have made in recent years. As even our prime minister concedes, legal equality is inevitable.

Previous post Time for Australia to move on marriage 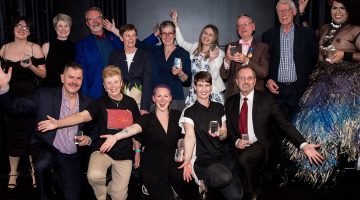