Earlier this year, former Victorian Aussie Rules footballer Lachlan Beaton's emotional YouTube please for equality went viral. In the Star Observer's regular look at notable coming out stories, Beaton tells Benedict Brook the untold story of the fellow player who gave him the courage to finally be himself.

FORMER Aussie Rules footballer and equality campaigner Lachlan Beaton says he once had a reputation for being a womaniser.

“That made it harder for me because I felt like everyone’s going to think I was such a liar,” he says.

[showads ad=MREC]“And what about the women I was in relationships with? They’re going to think I wasted six months of their lives trying to form a relationship.”

How his ex-girlfriends would react to him coming out as gay was just one of the many suffocating insecurities Beaton had about his sexuality.

Over man years, he’d spun such a convincing web of deceit that when he finally began to reveal the truth, his twin brother Charles at first thought he was going to admit to being in love with his girlfriend.

Beaton burst onto the public’s consciousness in July when he posted a heart-wrenchingly raw video on YouTube about his struggle to come to terms with being gay, imploring Australia’s political leaders to act more decisively on equality. In August, he launched Gay? That’s OK, a project aimed at encouraging community groups, sporting clubs and businesses to be more proactive about LGBTI inclusion.

The same month, Beaton’s former Aussie Rules team, the Melbourne University Blacks, wore rainbow jumpers during their last game of the season to show their support for the initiative while high-profile marriage equality advocates, such as Labor’s Tanya Plibersek and the Coalition’s Warren Entsch have thrown their weight behind the campaign.

Coming out to his brother may have been one of the hardest discussions he’s ever had, but it was an old footballing pal who first managed to tease the truth out of Beaton. And it was a hard slog to get to that point.

Beaton grew up in the tiny regional Victorian town of Casterton. He says it is a place where your reputation is built on sport.

“The more masculine you were, the more you fitted in, the blokes play football and the chicks play netball,” Beaton says. He says there was “zero education” about sexuality, and while attitudes have changed in his home town — not least because of Beaton’s own story — at the time admitting to being anything other than a red-bloodied heterosexual was not an option.

“I just wanted to fit in [and] the only gay people I knew of in the bush were totally rejected,” he says.

Aged 18, Beaton headed off to university in Melbourne. But far from finding kindred spirits, he found himself surrounded by other people, just like himself, fresh from rural parts. He may have been in the heart of the city but his social circle was still made up of footy-loving country blokes.

Terms like “poofter” and “faggott” were commonplace, forcing Beaton further into the closet — for the better part of a decade.

“I hid it so vehemently because I feared for my safety in that environment,” he recalls, convinced his friends would turn against him.

“These guys are going to think I’m some sort of pervert and I wanted to play football so I could see men naked.”

To live with the lies, he drank and drank some more.

“I got kicked out of college because I was just a delinquent,” Beaton says.

“I was angry at myself, angry at the university and angry at my friends because no one was talking about this stuff.”

He did have relationships with men but they were brief.

“As soon as I’d made a connection with someone I’d cut it and hurt people,” he says.

“I actually feared that they would spread a rumour about me or tell someone in my family that I was gay.” 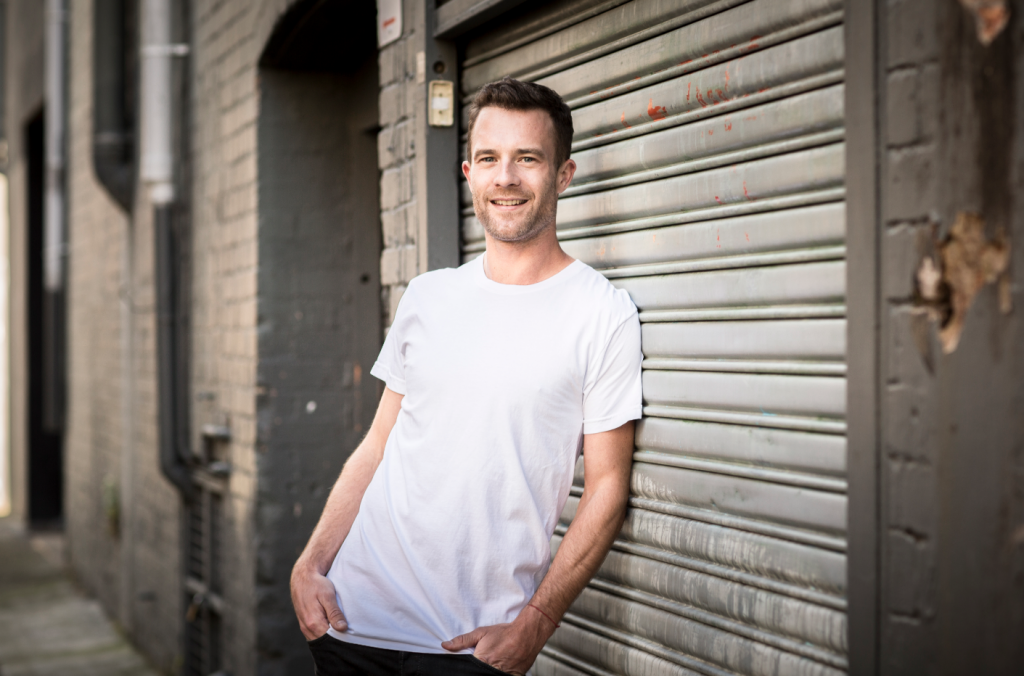 In his mid-20, Beaton — who by now was working in communications and coaching the Blacks — knew he had to be honest. However, his anxiety levels were so high he seriously contemplated leaving Australia if his friends and family rejected him.

Then, on Derby Day, he found himself downing pints with fellow footy coach Ben Walch who just had an inkling something was up with his friend.

“No one ever said this before.

“I was blotto. I think if I had been sober, I would have gone, ‘I’m fine’, and changed the subject.”

However, Walch was persistent.

“I crumbled and went this is what’s wrong and he gave me the strength to come out to more people,” Beaton says.

“He talked to me about the fact they will be accepting and I will be there to support you and everything will be fine.”

That night, Beaton told his brother and soon after his parents and the rest of the footy team.

“Some people’s fears come true, mine were absolutely unfounded, the sporting community were outstanding,” he says.

“I feel like I wasted seven or eight years of my life and that’s why I’ve been so passionate about creating a conversation.

“If only one person had said to me it’s okay to be yourself at school or university.

“Ben did say [that] to me… and I came out to everyone I knew within a matter of weeks.”